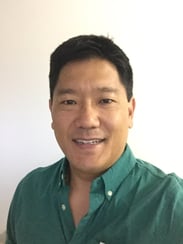 Not all locum tenens physicians work locums full time; some work occasional locums shifts in order to earn extra money, to travel, or, like Dr. Chad Koyanagi, as a way to give back to the community. For psychiatrist Dr. Koyanagi, helping people is his mission, and he uses his expertise, compassion, and valuable skills and training to treat people in Hawaii with severe mental illnesses, including people living on the street.

Dr. Koyanagi works three part-time jobs, plus a locum tenens shift once a month at a hospital in Kona on the island of Hawaii. His locum tenens role fits into his mission of serving others, as he takes on a difficult-to-fill shift, helping people get the right treatment so they’re able to live productive lives.

His main job is for the State of Hawaii Medicaid office. He also works at a private hospital in the psychiatric unit, helping people in all types of severe mental health crises. “Given the right effectiveness of the hospitalization, they would never need to come back to the hospital,” he explains.

He also works with the Institute for Human Services (IHS) to do street medicine outreach to help people with mental illness living on the streets. “There are so many homeless people in paradise,” says Dr. Koyanagi. “Honolulu has the worst homeless problem in the entire nation.”

He says that all his roles work together. “By doing administrative and clinical and advocacy work for this population, I feel like all of the jobs are related and complement each other,” he says. “I have a pretty broad scope of how the system works for some people — and how it doesn’t work for others.” 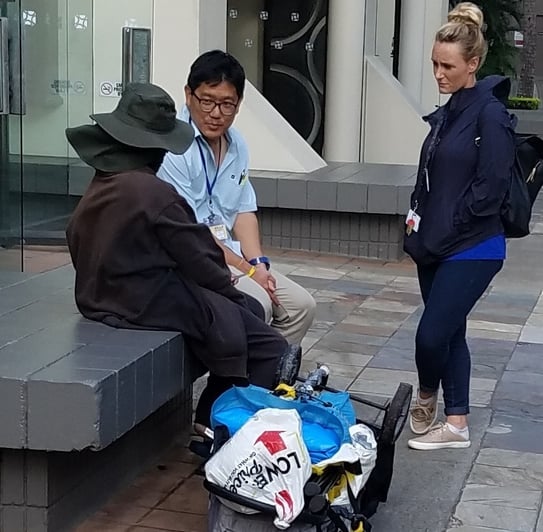 Inspired to help others

After growing up in the Salt Lake area on the island of Oahu, Dr. Koyanagi went to Harvard University for his undergraduate degree, and that’s when he decided to become a physician. He moved back to Hawaii to complete his medical degree from the John A. Burns School of Medicine at the University of Hawaii. He chose psychiatry in order to treat the entire person.

“My interest was in doing something related to serving the whole individual and not just a body part. I felt the need to help someone in a larger way, including their social circumstances, upbringing, and economic condition,” he explains.

After residency, he took a job at Safe Haven, a residential home for the homeless mentally ill. That’s when he made the decision to focus on a career path that enabled him to help those most in need.

“The providers were such amazing people. They spent all of their energy and compassion helping the most marginalized people in our community — and that was so inspiring to me.”

He also found the work rewarding, to see someone mentally ill and chronically homeless get treatment, housing, and get better. “It’s what drives me.” 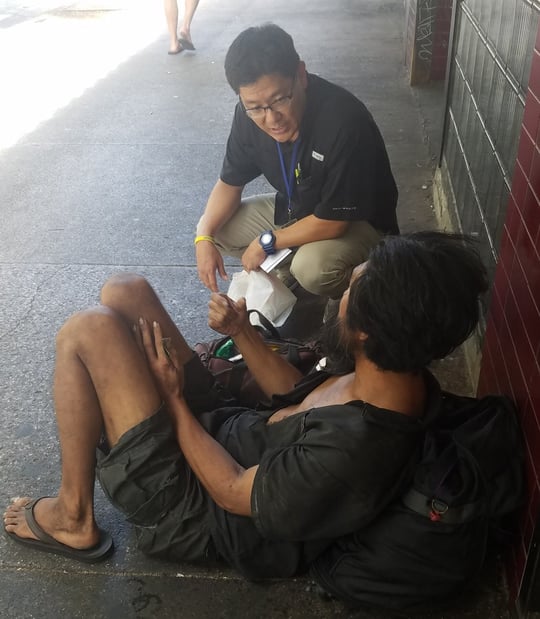 How locum tenens allows him to fill a need

Before learning about Global Medical Staffing, Dr. Koyanagi had never considered doing any locum tenens work. But then in August 2017 he heard about a hard-to-fill shift on the psychiatric unit in a hospital in Kona. He has worked there one weekend a month ever since. By taking the shift, he is helping fill a need and providing treatment to people who really need it.

“One of the things that was appealing about this opportunity is that I’ve always felt the need to serve my community and help address some of the rural shortage areas,” he explains.

His work in Kona, like at the other psychiatric hospital, makes a difference. “I try very hard to make sure that a person’s first encounter with the system is productive. I try to go the extra mile — I make sure to engage the family as much as possible and make the clinical care as effective as it can be, and most importantly, make sure the person has referrals to all the possible resources in the community that could be helpful to them and their families. The consequence of a person not getting what they need is that often, five to 10 years down the road, the person unfortunately becomes homeless,” says Dr. Koyanagi.

Lindsay Lyons, Global Medical Staffing physician representative, adds: “We’re so lucky to work with Dr. Koyanagi. He’s great, and such a mentor for other physicians. People know who he is, and he’s highly regarded on the island.”

According to a newspaper article about the IHS street medicine program, last year, Dr. Koyanagi and his team succeeded in treating 20 homeless people who agreed to accept care on an outpatient basis. The treatment uses monthly injections of Invega Sustenna, meant to stabilize people suffering from schizophrenia.

“A good example is Donna in ‘Prescribing Hope’ [IHS documentary],” says Dr. Koyanagi. “She had been gravely disabled in our community for a couple of decades. She was able to get the help she needed and was able to be successfully placed in independent housing.” 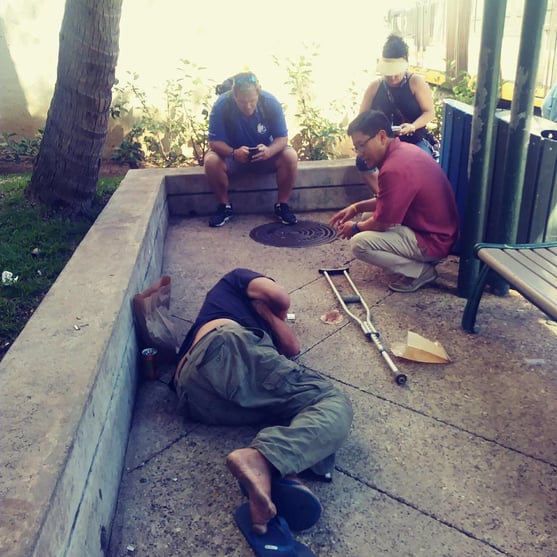 Dr. Koyanagi says, “Seeing people suffer so badly and not have housing, not have their sanity, not have healthcare and seeing them deteriorate year after year drives me to want to be useful in this field. And the amazing people I work with inspire me to be a better person and better psychiatrist.”

“Seeing people get better is the most rewarding thing I’ve ever been part of,” he shares. “There’s so much work to do. I’m just getting started.”

Learn more about Dr. Koyanagi’s work with the homeless:

Interested in putting your skills to work in underserved areas? Check out our open positions using the button below.