Did you know: You get generous amounts of PTO during international locums

Learn to scuba dive, taste the best food in Tokyo, explore the world’s most famous glowworm caves… It sounds like a trip of the lifetime, doesn’t it? These are how many physicians adventure while on an international locum tenens assignment.

When you take on an assignment in an international location, you not only get immersed in that area’s culture, but you also benefit from their approach to vacation time — which is often very generous. During that PTO, you can explore the beaches right near where you work and live and fly for cheap to other nearby destinations.

Here’s just how much vacation time our physicians typically receive while on assignment:

Additionally, most physicians take advantage of being on the other side of the world and add on exploration before and after their assignment, too. While you’re already in these places, nearby destinations are a few hours away by plane, with cheap airfare.

Here’s how four physicians used their PTO while on their international assignment:

Dr. Lambrese
While on a one-year assignment in New Zealand, Dr. Jason Lambrese put his six weeks of PTO to adventurous use. He and his husband, Andy, who accompanied him on the trip, explored the town of Wellington, which Dr. Lambrese describes as, “a very cool city with a hipster vibe with great restaurants.” They also explored the picturesque South Islands, the famous glowworm caves, Stuart Island/ Rakiura with its unique wildlife (like albatross, kiwi, and yellow-eyed penguin), and Auckland where his assignment was — among other places.

“We’ve seen more of New Zealand than most New Zealanders,” says Dr. Lambrese. “It’s really easy to get around. We signed up for alerts about cheap fare, and some plane tickets are as low as $39. It’s nice to have those options, particularly to do weekend trips.”

The couple also traveled for two weeks in Australia, including to the Great Barrier Reef, Sydney, and Melbourne.

“That part of the world is beautiful,” says Dr. Lambrese. “Learning a new way to practice medicine was fascinating. That experience of being in a whole new place and a whole new system was amazing. I needed that change. I can’t wait to go back and visit.” 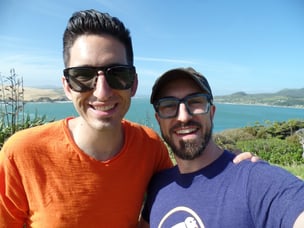 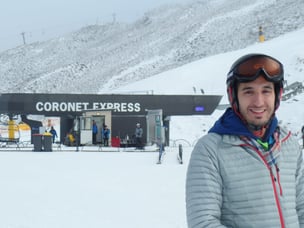 Dr. McCue
While in Guam, Dr. Cheri McCue worked a typical 40-hour week in the urgent care. Working 40 hours felt relaxing, she says, compared to a typical position in the U.S.

“Suddenly in Guam, I had all this extra time because I was away from the responsibilities of home, like home maintenance and calling a contractor. What I learned working locums is that when you closed the computer for the day, you were done and went home and were truly free,” she says.

There were no charts to finish after hours, no meetings, no admin tasks. She could relax, recharge, and explore all over the island, which she did, including to many of Guam’s iconic lagoons and numerous beaches.

After her assignment, she took her first solo vacation ever to Tokyo. “I had never taken a subway in my life, so I had to figure it out.”

Despite the language barrier, she visited the famous shopping area of Tokyo, Buddha statues big enough to go inside of, the intersection where one million people cross a day, the famous Mikimoto Pearl factory — eight floors of top jewelry — and fish markets. Additionally, she also rode in a rickshaw, because where else would she get the opportunity again? In addition to taking the subway, she also walked about eight miles a day in order to truly take in the sights.

“Tokyo has now replaced Hawaii as the place to go for the biggest bang of entertainment per square foot,” she says.

She recommends Tokyo to anyone who can find a way to go. 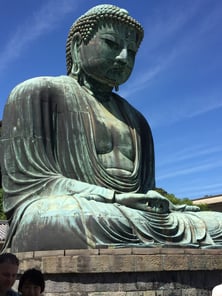 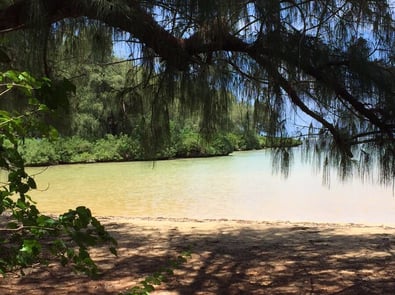 Dr. Pruhs
Dr. Zach Pruhs brought his family along for his assignment in Guam and says that the entire experience of being in Guam and exploring the island on the weekends and traveling to other parts of Asia on vacations is something most people only dream of — and he and his family are doing it. They planned a trip to explore Hong Kong over Christmas and other destinations before coming back to the U.S. mainland.

Over the Thanksgiving holiday, they flew to South Korea for five days.

“It was a great adventure, a lot of fun,” he says. “We saw a lot of sights, like the DMZ tour where we could look into North Korea. The museums were topnotch. The Royal Palace in downtown Seoul is really something. My daughter got to try on a traditional Korean dress, and my son got to cook some traditional BBQ while there. It was really amazing.”

His advice to others doing international locums: “You’ve got to take advantage of going to other parts of Asia when you’re on that side of the world.” 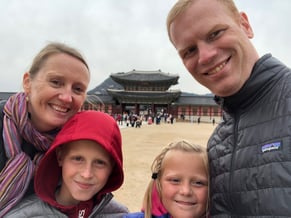 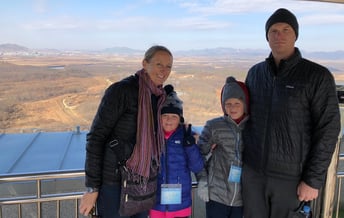 Dr. Russell
While on a three-month assignment in Guam, Dr. Hortense Russell learned to scuba dive.

“The price is reasonable. I lived and worked five minutes from the beach. It was the best thing ever to learn scuba diving while in Guam,” she says. “And the fresh caught fish! Oh, my gosh! I miss that.”

She went to El Nido in the Philippines to scuba dive and describes the experience as just “amazing.”

After the assignment, Dr. Russell traveled to Bangkok, Thailand, and spent five days there.

“It was beautiful. I had not been to Asia before. I am in awe at how good the food was, how wonderful the people were, the massages, how warm and nice it was all the time,” she says.

She also visited Saipan, which is a one-hour flight from Guam, and spent five days in Tokyo and met up with friends to explore the city and Japanese culture.

“The entire adventure was such a wonderful experience. I dream about going back so I may visit other parts of Asia like Bali, China, and Hong Kong. With international locums, you can explore and have experiences you would never have if didn’t step foot outside of the U.S.,” she says. 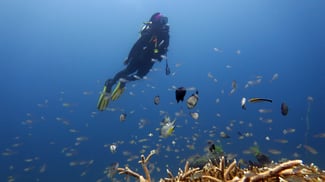 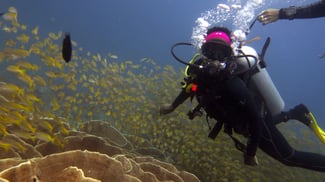 Give it a go!
Interested in learning more about how locum tenens can allow you to travel the world? Click the button below to browse our current openings, or give us a call at 1.800.760.3174.