Where can you ski and surf on the same day? (Hint: it's like no other) 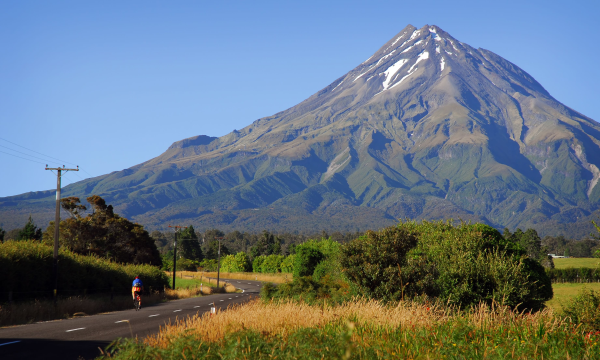 The Māori word for this place is turangawaewae, which means place where I stand, and its majestic, near-perfect peak gazes down at you wherever you go. The geographic and spiritual heart of this slice of heaven is the eponymous (and dormant) volcano. Can you name it? 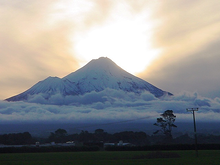 We're talking about Mount Taranaki, of course, and our last trip here was so incredible, we’re making a return visit. The Kiwis of Taranaki are incredibly proud of their homeland and love living in the lush region. It's a place that boasts a mild climate, plenty of sunshine and abundant rainfall—making it luxuriously green. The surf’s up here, too. Outdoor adventurists from all over the world head to Taranaki to ski or board, then ride the classic waves along Surf Highway 45. As a matter of fact, Taranaki is one of the few places on earth where you can ski in the morning and surf in the afternoon. 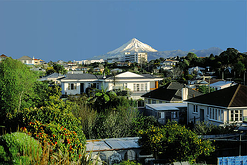 The town of New Plymouth (the capital of the region) lies about halfway between Auckland and Wellington—a drive of about 4.5 hours either direction—on the West Coast of the North Island, and the town’s stunning landscape stretches from the Tasman Sea to Mount Taranaki. The city was named the Best Place to Live in New Zealand by North & South Magazine. Edged by a 6.2 mile/10 km-long coastal walkway that features the iconic Wind Wand sculpture by Len Lye and the brea

There's a saying that if you live in New Plymouth and are more than 10 minutes' drive from the city center, then you must be living in the country. In fact, Taranaki’s regional development trust has been running a highly visual campaign encouraging people to ditch the gridlocks of the big cities and make Taranaki their home—“this amazing part of the world offers everything you need for a lifestyle like no other—great jobs, an amazing environment and a life you'll love."


Up for some fishing and food? New Zealand's W 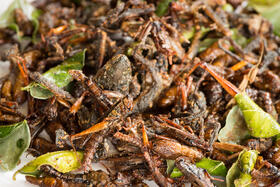 est Coast is also a whitebait wonderland and few Kiwi customs capture the spirit more than whitebait season. The three-month whitebait season brings campervans and caravans carrying men and women, young and old, to scour the river banks for slithers of the silver-tinged fish. Whitebait fishermen won’t reveal their techniques and there are no tall fish tales here: these folks generally deny their catch. Restaurants and eateries present special whitebait dishes, but the traditional New Zealand dish is whitebait fritter, known for being deliciously sumptuous. 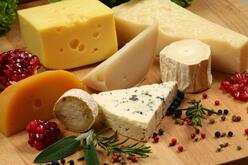 Another famous Kiwi treat (usually enjoyed along with their morning “cuppa”) is the cheese scone. And the cheesy little town of Eltham—the cradle of Taranaki dairy production and a key player in New Zealand’s modern cheese industry—makes a “beaut” scone. Baked to perfection at the Four Square supermarket, honors for the world's biggest cheese scone were given to none other than Eltham's own. We suggest you try a smaller version, and our guess is your first bite will have you sighing with pleasure and saying "sweet as"...