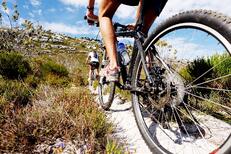 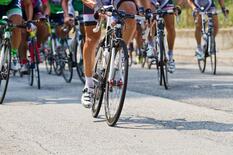 Cadel Evans has dreamed of winning the Tour de France ever since he was 14 years old. His historic win
last weekend — the first ever for Australia — has been hailed as one of the country’s finest ever sporting achievements, ranking alongside Rod Laver’s tennis exploits and their 1983 America’s Cup yachting triumph.

Our Australian friends and locums spent their time glued to the telly last week, sleeping just a handful of hours; and growing legions of fans have urged a public holiday in Evans' honor (though Prime Minister Julia Gillard, who called to congratulate the country’s new hero, has ruled that out).

Although Evans has a high profile in his home country, he is publicity shy and a bit of a mystery to most Australians. He grew up around Katherine in the Northern Territory, Armidale in New South Wales and Barwon Heads in Victoria, where he got used to riding alone. Beyond that, not much is known of his motivations. His Mum, Helen Cocks, says, “He is a simple man who likes simple things. He will be the same Cadel [after winning the Tour de France], probably just relieved,” she said.

Evans' Italian wife, Chiara, was admittedly consumed by emotion during the race. "You don't want to know.
I was really, really bad. Crying and everything, and calling to everyone 'How many seconds?',” she said — at times unable to bear the suspense. This was a very different Tour from the ones of the recent past — which were dominated by a single rider — Lance Armstrong or Contador. Seven or eight riders were still in competition for the victory during the climbs of the Alps in the final week. Evans looked at one point to have lost his chance, when Andy Schleck rode away from the others on the Galibier pass. But Evans held his nerve and made up the seconds to wrest the coveted yellow jersey from the younger Schleck brother. Evans' final margin of victory was a mere 1 minute, 34 seconds.

The 34-year-old Evans, the oldest champion since before World War II (and only the third non-European in the Tour’s history), stood on the podium wrapped in his national flag, his eyes tearing up as he listened to the Australian national anthem. He then embraced Andy and Frank Schleck.

"I hope I brought a great deal of joy to my countrymen, my country," Evans said Sunday after climbing onto the winner's podium on the Champs-Elysees. "It's been a pleasure and an honor to fly the flag over here." Evans says he's now keen to put his hand up for next year's London Olympics - though a major issue is whether the Olympic road race and time trials courses will be hard enough to suit his strengths.

Back home in the Land of Oz, a glut of cyclists has filled the country’s roadways, causing some to claim the Evans win may be more of a national tragedy than triumph, citing an unprecedented increase in the popularity of Spandex and a glut of children named Cadel and Cadelle...oy, oy, oy!