Locums: did you hear the one about the goat, the hippies and the old Protestant church?

Whether you’re a newbie or a native, there’s no better way to connect with a place than on foot. We recently
took you to some Southern California spots, with a promise to return to Northern Cali. Here you have it.

North of L.A. up Highway 1, past Santa Cruz but before you hit Half Moon Bay, take a right and amble through a little hamlet called Pescadero. Tucked right into the rolling hills, this spot has beautiful beaches and colossal redwoods; the Greek Revival church here is the oldest Protestant church in the county; and olallieberries and farm-fresh artichokes are the bill of fare. 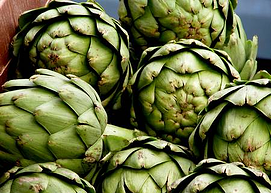 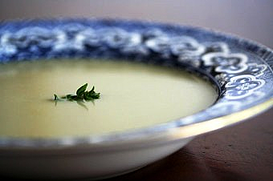 Speaking of perennial thistles, don’t miss the famous artichoke soup at Duarte’s Tavern - where a barrel of whiskey once sat atop the very same bar you see today, and the price was ten cents for one shot, two bits for three. Stop at Phipps Country Store and Farm and grab a handful of homegrown beans or pick your own olallieberries in early summer. Less than a block up the road you can't miss Harley Farms Goat Dairy.
Tour the milking barn, see a cheese-making demonstration and meet the family - 180 kids so far. 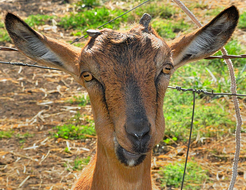 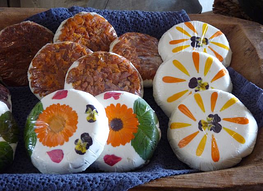 Feeling old-world? Step into Sonoma’s own Sebastiani Vineyards & Winery. Founded in 1904 by a Tuscan immigrant stonemason (who'd quarried cobblestones from the nearby hills for the streets of San Francisco), Sebastiani is one of the oldest continually operated vineyards in the U.S.; it even survived Prohibition by
making sacramental and medicinal wines. Hey, have you heard the one about the resurgence of religion
during Prohibition?

Pair some fine fare with your fine wine in our next town - Sebastopol. It’s a little further inland, but you'll catch two distinct smells in the breeze here: the salty fresh smell of the ocean and Mom’s apple pie. Mom, who doubles as Betty Carr, bakes her signature Mom's Apple Pie to cinnamon perfection using the rosy-skinned fruit grown in the restaurant’s backyard Gravenstein apple orchard. If you haven’t heard Gravensteins allow me. 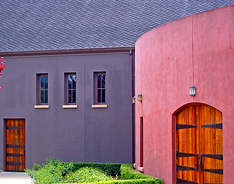 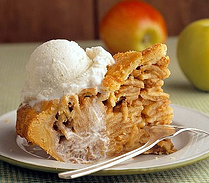 Gravenstein apples are pie apples. They’re one of the first varieties to appear in the late summer and have a bright acidity and fabulous aroma that survives even after the apples have been baked or simmered for hours. Problem is, Gravenstein’s don’t last long or fare well in shipping, and because they have a short stem, they usually fall to the ground. They can’t compete with grape vines in Sonoma, either. In fact, there are only about 900 acres of Gravensteins left in Sonoma County - though there are strong efforts to preserve them.
Like getting visitors to buy apple pie.

So Sebastopol has a Mom's, but it also has the quirky East West Café - a completely organic, largely
vegetarian eatery voted the best Mediterranean, Vegetarian and Breakfasts in Sonoma County! Talk about a
split personality. 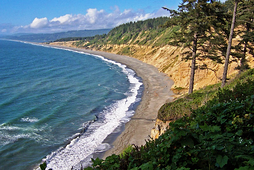 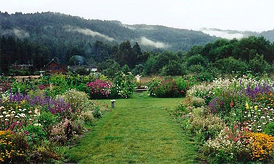 Which brings us so far into Northern California that we’re almost in Oregon, to a little town called Arcata.
Here, counterculture is alive and well, so expect to see plenty of backpackers and hippies dressed in tie-dyes and carrying bedrolls. Frolicking is a way of life for Arcatans, who have a calendar filled with events ranging from highbrow to hi-jinx.

Conversely, Arcata has its very own redwood forest and bird marsh and a charming town square with beautifully restored structures like Jacoby's Storehouse (built in 1857 with locally quarried stone and brick) and the Hotel Arcata (built in 1914). A surprisingly sophisticated restaurant scene tempts passersby with everything from Cajun to Mexican - and most are family owned. Beyond the square, gorgeously detailed Victorians, craftsman bungalows and funky cottages line the neighborhood streets. Thanks to the temperate climate, most have colorful gardens that add to the charm.

So hit the bricks and head out to the land of milk and honey (and fruits and nuts) to locum. Just don't forget your walking shoes, and check out the Harley kids in the meantime: