If the way to a man’s heart is through his stomach, then the way to the heart of a new city is through its cuisine. And if a locavore is the term for someone who’s avid about eating food that is locally produced, then a locumvore is our new term for a locum who has a passion for eating great grub.

We began the hunt for great U.S. locumvore spots based on recommendations from our doctors, who proved to us that fine fare doesn't always come with a Michelin star or Zagat rating. These restaurateurs aren't required to tend their own goats and make artisanal cheese or have a celebrity chef in the house. These are just places that prepare fresh, mostly local food you won't want to miss when you're in town. Ready? 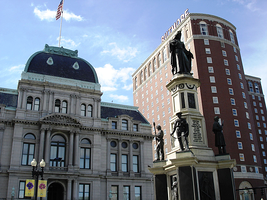 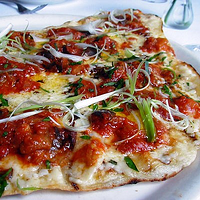 Our first stop is Providence, Rhode Island, where foodies have a “slanguage” all their own. Here, you'll enjoy things like “stuffies” (hard-shell quahog clams) and New York System “gaggers” (thin veal and pork franks topped with spicy sauce). The food and wine culture in Providence is a natural, given it's the hometown of Johnson & Wales University, which is renowned for its College of Culinary Arts. For restaurants, the city's many popular spots include Madiera (Portuguese) and Al Forno. The International Herald Tribune calls Al Forno the "number one casual dining restaurant in the world.” 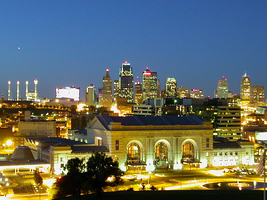 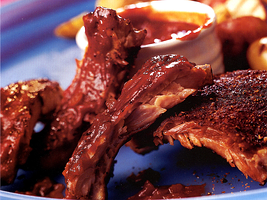 We head to the midwest now—to Kansas City—because we couldn't ignore a city with a nonprofit Barbecue Society (it's one of the largest groups of its kind worldwide). It's also the reason you'll find eateries like Fiorella’s Jack Stack Barbecue, Oklahoma Joes, LC’s, BB’s and more than 100 other joints. But it’s not all about the BBQ in KC. The city is home to one of the last traditional pan-fried chicken restaurants in America: Stroud’s. Declared the place “Where Men Eat,” by Esquire Magazine, the review reads: The fried-chicken dinners are cooked to order in a black skillet, served with hot cinnamon rolls so good you’ll steal from your kid’s plate. Stroud’s was also featured on an episode of Man v. Food with Adam Richman who declared: “Today, KC stands for Killer Chicken.” 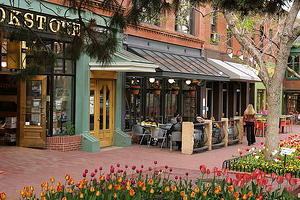 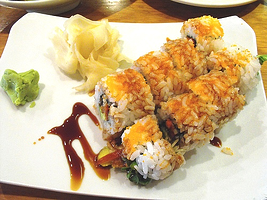 Leaving the land of high cholesterol behind, we head to the Rocky Mountains for the kind of high you only find in Colorado—Boulder, specifically—where the folks have found a tasty way to bridge the gap between food that’s good and food that's good for you. The town's brand of health-conscious eating has garnished the numerous foodie town titles, including "Best Small City for Great Meals" by the Wall Street Journal. The emphasis here is on seasonal, local ingredients, and Boulder’s farmers' markets consistently take top spots. There's always something to wash it down with in Boulder, too. The Denver Beer Triangle (a.k.a. the "Napa Valley of Beer") takes in the area between Denver, Boulder, and Fort Collins, and Boulder is often called the "the Happiest (and Hoppiest) City in America." 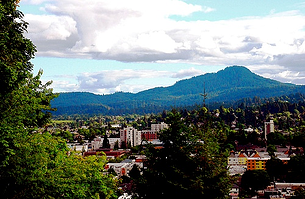 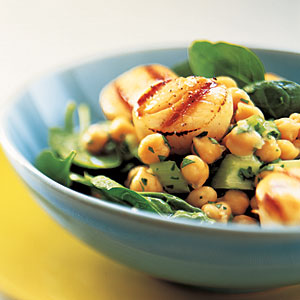 If you prefer to sip versus chug, gear up for Eugene, Oregon. You know Willamette Valley is the state's leading wine region, but do you know the food you pair with the vino is just as delightful? The place is an organic food-lovers paradise with restaurants like Marché, where the chefs believe that "seasonal and local are where it’s at" when it comes to food sourcing. Executive Chef Rocky Maselli of Ox and Fin says, “I live in a chef’s playground.” 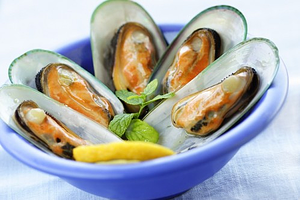 Last it's on to Portland...not that Portland, the other Portland...the one we love in Maine. Here, you’ll find “lobstah” and “chowdah” and at least 15 farmers' markets foisting lamb, scallops, potatoes and more onto food-loving New Englanders. In fact, fine food and drink is of such interest here that Rabelais books stocks tomes exclusively on that topic. From the mind to stomach, stop at the eatery known as Emilitsa for cuisine from every region of Greece. Standard Baking Company is heaven for bread-lovers where feather-light croissants, luxurious little pain au chocolat, biscotti, brioches and more arise from aromatic ovens. And local seasonal specialties are the highlight at the Back Bay Grill, where we recommend the Bangs Island Mussels followed by Spiced Rhubarb Crumble. Yum.