The Australian Open in Melbourne, a sweet spot for locum tennis fans

Swiss tennis sensation, Roger Federer, once called the Australian Open (AO) the Happy Slam, saying, "If Wimbledon is staid, clubby and traditional, and the U.S. Open is high octane and glitz, the Australian Open
feels like a giant barbie break. There's a real festive atmosphere." Truer words could not have been spoken. 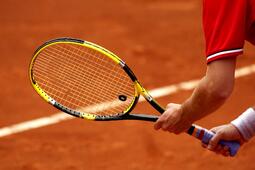 Melbourne, the city that’s been dubbed the “Events Capital of Australia,” looks to serve up more than just tennis at the premier Grand Slam event of 2011. Story lines from Center Court (or Centre Court, as it's spelled here) include the absence of five-time winner, Serena Williams; the hot streak of Raphael Nadal, who’s coming off three major wins to close out 2010; and the possibility of a final showdown between Federer and Nadal - who've collectively taken 21 of the last 23 Majors. If Nadal wins, he’ll become the first player since Australia's own Rod Laver to win four Majors in a row.

Off the court, Melbourne has braced itself for record-breaking crowds: More than 500,000 people are expected
to descend on the city and surrounding areas over the next two weeks. The on-and-off-court festival of entertainment attracted more than half a million patrons last year, with an official tournament attendance of 650,000 and a record-breaking 653,860 watching the opening of the Grand Slam event. 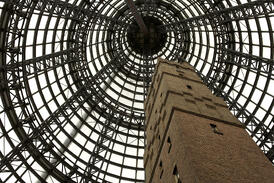 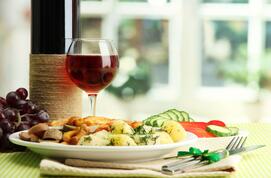 The city of in-your-face sights and subtle charms will keep even the most fervent out-of-town fans occupied.
At Melbourne's heart, you'll discover historic and attractive laneways and arcades - most notably Block Place
and Royal Arcade. A distant relative of the Middle Eastern bazaar, these narrow streets offer a variety of posh shops, cafés for dining al fresco and vibrant bars.

To get away from the maddening crowd, tennis and travel fiends can hop on a tram and hit the outlying communities of Richmond, renowned for its authentic Vietnamese fare; Carlton, a staple for classic Italian;
or Fitzroy, home of tantalizing Spanish tapas. Local shops, parks, cafés, and a veritable plethora of bars cater continuously to roaming tennis fans with live streams of the AO - so no ace, smash, lob or let will be missed. 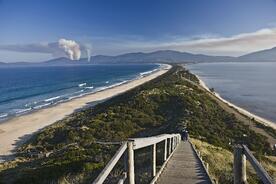 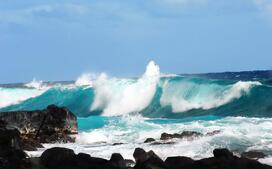 Beyond the city, the state of Victoria showcases some of Australia’s most diverse and stunning natural landscapes. Surf's up in a township called Torquay, located at the door of the Great Ocean Road. The area is famous for hot surfing spots like Bells Beach; plus, some of world’s foremost surf companies including Curl, Piping Hot and Quicksilver reside right here. A short drive out of town, Alpine National Park offers a cooler
clime and hot spots for camping, hiking, mountain biking and fishing.

Play at the AO continues until January 30, which means it’s not too late to make the trip to Melbourne. If you're working down under now we have to say it: Advantage - locum tenens. For those of you everywhere else this year, catch some volleys on the telly and remember you only have eleven months to get ready for next year.