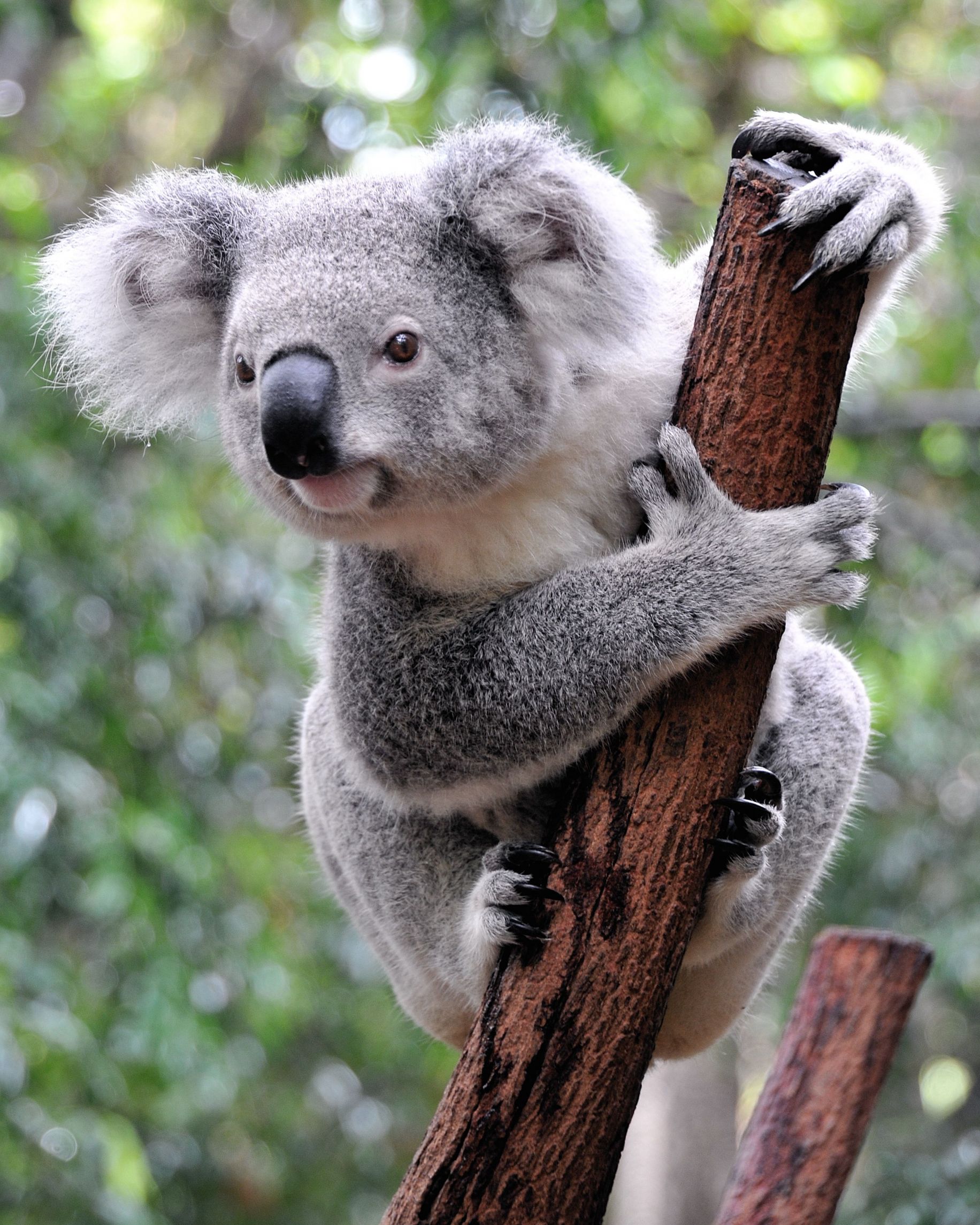 Calling a Koala a “bear” is like calling a Grizzly, “Steve.” You do so at your own risk. This cuddly ball of fur is adorable, but it has claws and opposable thumbs. Plus, it's not a bear; it's a marsupial that carries its young in a pouch. Known in scientific circles as Phascolarctus cinereus (ash-grey pouched bear), the Koala is an Australian icon and much more.

The name "Koala" comes from an extinct Aborigine language, and is erroneously said to mean “doesn't drink” - although the animals are rarely seen drinking water. They get 90% of their liquids from the food they eat (eucalyptus) and on the rare occasion that you see a Koala sidle up to a drinking trough, you can safely assume their habitat is caught in a drought. Imagine trying to gulp down dry greens when you’ve got cotton mouth.

Koalas and other Koala-like creatures (picture Wombats and Sugar Gliders) have called Australia home for millions of years. However, it wasn’t until 1798 that European explorer, John Price, sent a description of Koalas home. Soon, stuffed animals were rolling off assembly lines and the rest, as they say, is history.

More recently, the homes of Koalas around Queensland, New South Wales and South Australia have been designated as “vulnerable” by the Wildlife Preservation Society of Australia because of the Koala’s low numbers. In fact, in the 1930’s the Koala - which was highly sought after for its thick pelt - was completely exterminated from South Australia. Today, organizations like the Hunter Koala Preservation Society have made it their mission to preserve their habitat along the Tilligerry Peninsula. Other societies throughout eastern Australia and are helping the Koalas stage an impressive comeback, as well.

Our locums working Down Under  tell us that Victoria is your best bet to catch sight of these gorgeous creatures in the wild. Here, the population is booming (you're likely to find the line at the eucalyptus salad bar packed with Koalas, so we suggest you get there early). And just like diving the Great Barrier Reef or going on a walkabout, you really can’t say you’ve seen Australia until you've seen a Koala.

A tramp through any of the national reserves in the region is another sure-fire way to catch these cute creatures on film. Please, just drive slow and put a leash on your pooch - some 4,000 of these animals die every year as a result of run-ins with cars and dogs. Several hundred more die thanks to encroaching urban development and sand mining, which results in the destruction of their habitat here.

Attempts to introduce the Koala into parts the Western portion of Australia have proven very successful. The Cohunu Koala Park, 30 miles (49kms) south of Perth, has grown from four Koalas to more than 25 since 1982. The Park is also the only place in Western Australia where you can hold and cuddle a Koala. Just slip on a claw-proof vest first, lest the Koala mistake you for a eucalyptus tree and try to climb you. The stunning red vest may clash with your outfit, but you'll get over it once the Koala Keeper places a beautiful, cuddly creature in your arms. A bunch of eucalyptus leaves to munch on will make the Koala content enough to let you take some snapshots for the folks back home.

Koalas are a unique and iconic part of the Australian experience. A locum here will bring you many things, most notably an encounter with one of these adorable critters. Just resist the urge to give it a squeeze, especially if you've called it a bear.