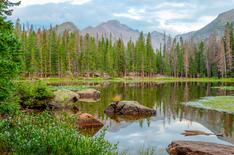 Fall is often referred to as fly fishing’s “forgotten season.” Many anglers choose to put away their rods and reels in exchange for the upcoming football and hunting seasons or other pursuits, leaving prime fishing holes nearly vacant.

The fish that were once lethargic thanks to high summer temperatures - along with those who've remained in hiding throughout the season - are now ready to begin the serious business of eating.

If you expect to travel this fall as a locum tenens,
try one of these fishing hot spots:

The Wind River Canyon" target="_blank">Wind River Canyon in Wyoming has been called the state's best fly fishing destination - mostly because of its sheer volume of large Trout. Even with its breathtaking canyon, scenic wilderness and sage-covered high plains, it receives very little pressure because of its remoteness. The Canyon offers trophy-style water with many of the catches - predominantly Brown, Rainbow and Cutthroat - well over 20 inches. 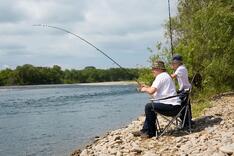 If you’re traveling to Alaska" target="_blank">Alaska, visit Nakalilok Bay on the Pacific side of the Alaskan peninsula. One of the most remote Silver Salmon camps few fishermen dare to dream of, you're flown into the area through a mountain pass and down a rugged, but beautiful coastline to the camp. Charter planes land on the tidal flat below the camp during low tide – when the “runway” isn’t covered by the Pacific Ocean. You’ll share the shoreline with Seals and Brown Bears intent on landing some of the thousands of Silver Salmon that populate the bay. But don't worry, there’s plenty to go around. 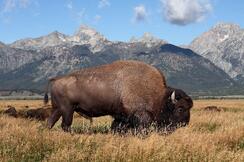 Finally, a river named Gallatin runs through Montana. Swarming with Browns, Cutthroats and Rainbows, the Gallatin River" target="_blank">Gallatin River travels through meadows, valleys and canyons and shares a portion of its border with Yellowstone National Park. Along these banks, it's not uncommon for Buffalo, Brown Bear or herds of Elk to cross the river and not even notice you're there.

Success in fly fishing is determined by a number of different factors. Arguably, the most important is the amount of time you spend fishing, and as luck would have it, we currently have locum tenens positions available throughout these areas. So pack up your flies and get in some serious fishing before that first snowflake falls.