Locum in the land of giants: Or, of mystical coast and titanic trees

We all remember road trips as kids. Some of us grew up in wood-bodied station wagons and RVs traveling coast to coast in iconic, national-park America. From Yellowstone on the West to Acadia on the East, there was nary a soul who didn’t venture to at least one of the greats.

Still, it’s hard to make it to every last park. The few that I missed out on growing up were the grand and glorious national and state parks dedicated to the California redwoods. I simply didn’t get the chance…until recently.

Before I get to these goliaths let me impress upon you the beauty of the road trip itself. At some point in your life, it’s a must to head down this stretch of California coast. In fact, go out of your way to make this happen. Why? Well, let me paint the picture. There are endless streams of clouds covering the sea. Underneath those big whites are cliffs and bridges and mountains and beaches. And while you’re barreling down that quintessential U.S. Highway 101, those very same clouds make it look like you’re on top of the world. Believe me, other motorists are just as mesmerized. 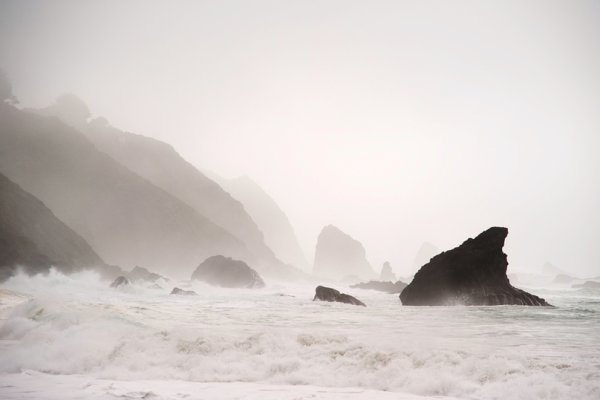 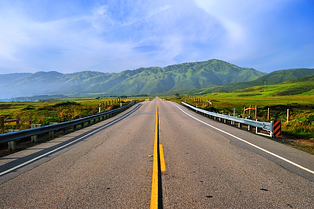 Couple that view with this one: huge rocks jut out of the Pacific, up into the cloud lining, just a few hundred yards off. Your eyes focus on the sea and you almost forget why you’re even there. That is, until your gaze meets the massive beasts of beauty rolling up the horizon. That’s right, here come the redwoods.

Jedediah Smith Redwoods State Park (if you’re heading north-south) will be your first taste—and arguably the most magnificent. The park's namesake comes from the gritty explorer, Jedediah Strong Smith who was the first man of European descent to explore inland northern California. His two-year trapping expedition in the early 1800s paved a dogged trail. He journeyed from the Great Salt Lake in Utah to the San Bernardino Mountains in California on through to the coastal belt. The redwood world he saw was much different: more filled with undergrowth, and more importantly, packed tight with those too-big trees.

Yet after years this stretch of forest is still wall-to-wall with redwoods. And just the perfect amount of sunlight finds its way through to the grove floor. The best way to experience this tremendous bit of earth is on the Boy Scout Tree Trail. It's one of the few trails in the park that gives you a first-hand glimpse into the interior redwoods.

Not up for hiking? Take a scenic drive along Howland Hill Road. This dirt thoroughfare is one of the finest redwood drives in all of California, hands down. It's a great avenue for some of the best camping sites in ol’ Jed Smith, too. Word to the wise, you should head for campsites 47 through 58—they’re surrounded by old-growth redwoods, and skirted with a nothing-but-serene river.

South, you’ll find Del Norte Coast Redwoods State Park. This is the only redwood park perched on a high coastal hillside. That means no lowland giants grow here. That also means some dramatic and extraordinary groves do grow here. When summer fog hits that famous west-facing hillside these herculean woods are in heaven—literally. The higher up the bigger they grow. Here, high-reaching slopes equal more life-giving fog. Plus, there’s less salt (redwoods grow at full potential with less spray-back from the ocean). 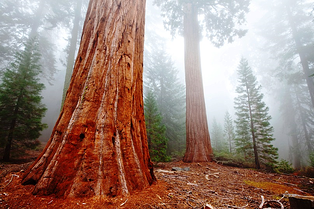 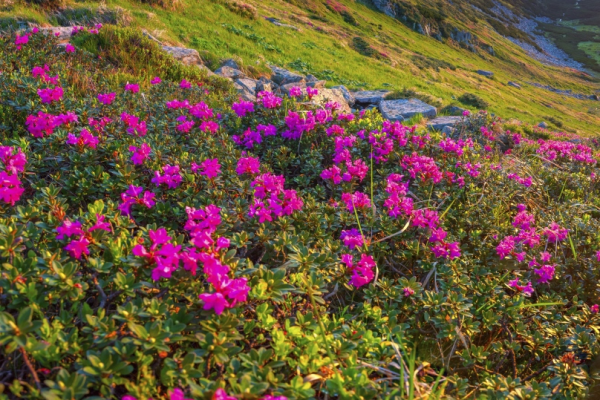 Have you ever seen a photo of mist-filled redwoods surrounded by pink flowers? It was probably taken here. Undergrowth gets big and bold just like the trees. And rhododendrons (those pink flowers) spread like wildfire.

Even though tourists and truckers in sedans and semis roar past this most picturesque union of redwoods, you can still sink your way into solitude along Damnation Creek Trail. It begins with giant, salt-air bleached redwoods; crests with wide-open spruce and huckleberry trees; and ends with bluff-top views of the Pacific. You can just taste that ocean air, can’t you?

Next stop (skipping some state parks) is the Redwood National Park. This stretch of land’s a bit different than the rest. Not as much old growth. That’s because it wasn’t established until the 1960s. By then several housing booms occurred and—by effect—logging took its toll. Fortunately, state parks dodged most of that. Their land was protected at least two decades before.

No matter what, this national park is a can’t-miss. In the 60s, it held the first world record for tallest tree (368 feet/112 meters tall). That actually helped spark the creation of the park. Then it lost the record. Then it won it back again—in 2006 to be exact. That year the towering tree “Hyperion” was knighted. It stands at 379 feet/116 meters tall, nearly twice the size of the Statue of Liberty (minus the foundation). Rumor has it some locals can show you the way to this leviathan but its location is not openly publicized due to conservation efforts.

Luckily, foot and car traffic is sparse in Redwood National Park. Not because there are less frequenters but because it’s much more remote than its state-owned counterparts. If you’re up for a summer-themed, secluded hike there's no better place than the Emerald Ridge and Tall Trees Trail. It includes a few miles along gravelly stream bed crowned with an open-air perspective of monster redwoods. This section of forest shows you how big these trees really can grow. Plus, a cool California breeze beats on your back every last step through this unconfined grove. This place is the stuff of dreams. 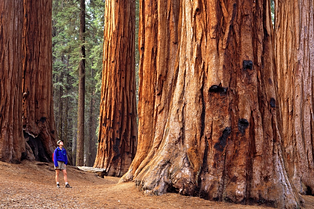 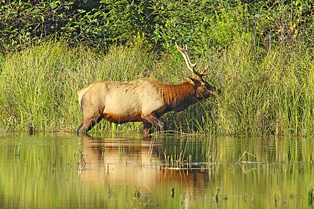 I can't stress enough how spectacular this whole 470-mile (750-km) redwood-drenched land is. Well, maybe I can. Remember when you were young and you saw the ocean for the first time? It was bigger than you could’ve imagined, right? These national and state parks in California stir the very same sentiment. There’s nothing like hiking the Lady Bird Johnson Grove Nature Trail at full morning mist, or catching the energy of the Trillium Falls Trail all while maroon-stained monoliths vault over you. These parks truly place the beauty of the world in perspective.

If you’re wondering the difference between the trees in these parks and the ones in Sequoia National Forest, let me tell you. The coastal redwood is much taller and thinner than its inland cousins. The giant sequoias—on the other hand—are found in the Sierra Nevada Mountains and are heavier, wider and with thicker bark. There you have it. If you want to learn more about the differences, click here.

Oh, and please remember these trees are fewer in number than ever. Do your very best to value park guidelines. Not only for future generations but also out of respect for the permanent residents. True, animals of all stripes roam these parts. Deer, gray squirrels, raccoons, redwood chipmunks, bears and mountain lions are among the mammal dwellers. Plus, a slew of birds (Steller's jay, American dippers, thrushes, woodpecker, kingfisher, owl and osprey to name a few) populate on high.

Last, every doctor with an all-encompassing appetite should consider a locum tenens assignment in the Pacific Northwest. It has coast. It has mountains. It has amusement parks. It has giant cities known the world over. Authors, artists and filmmakers have painted invincible scenes of this land. And we have jobs all over. From Washington to Oregon to northern California, Check them out here. The wineries smooth over. The waves break. The redwoods stand tall. This sweep of land is brilliant, my friends.

Not convinced yet? I'll just leave this video here.