If it feels as if you've been here before, it was probably in your dreams 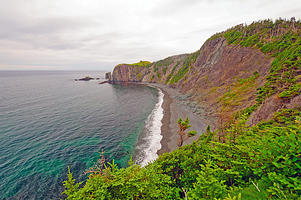 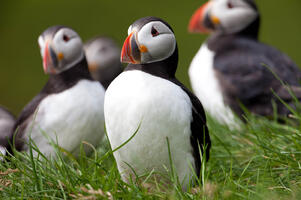 How about a pilgrimage to Newfoundland and Labrador in Canada, eh?

The famously friendly locals here are fast-talkers who speak with a decidedly Irish twist (likely the strongest brogue you’ll hear west of Galway). Their Irish, English, French and Aboriginal backgrounds mean they also speak a multitude of dialects and have a lot of home-grown sayings (there’s even a dictionary). Speaking "Newfinese" or "Newfie Slang" isn’t a requirement when you come here, but the slanguage is guaranteed to entertain you.
Now pass me the jim, over dere on the slang (pass me that, it's on the counter).

St. John's is the capital of this province and it's the perfect combination of big-city luxury and small-town charm
(think smaller, yet earthier San Francisco). As the oldest and most easterly city in North America you'll find everything from dug-up sod houses of the Vikings to George Street, where you can get "jiggy" with the most pubs per square foot in North America. It's truly where heritage meets modern day. 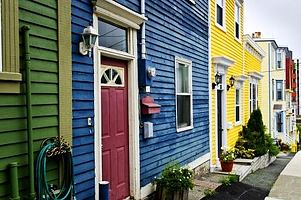 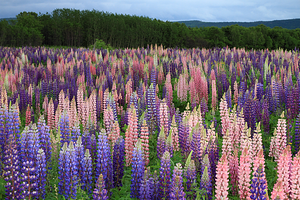 The fine fare has an accent all its own, too; despite a ban on fishing cod in the 90s, the white fish still reigns supreme in cuisine. Make a meal of baked cod au gratin or cod fish and chips; try some cod tongues with scrunchions (small pieces of pork rind or fatback fried until crispy); and don’t forget a grand finale of cloudberry pie — it's as Newfoundland as it gets.

Out and about, or should we say “aboot”, you’ll discover Signal Hill with its crowning Cabot Tower. This castle-like structure sits next to the spot where Guglielmo Marconi received the first trans-Atlantic wireless message in 1901. Outside of town, follow the path of Vikings who sailed here centuries ago, leaving stories and ancient artifacts at L’Anse aux Meadows (a UNESCO World Heritage Site). The winding road from L'Anse-au-Clair to Red Bay takes you past dwarf conifers and salmon-rich rivers, aboriginal burial mounds and hulking boulders. 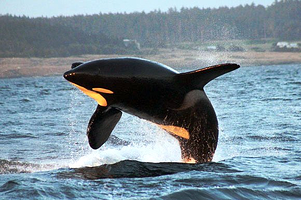 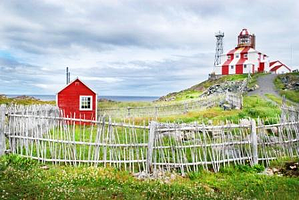 For decades, people have journeyed to this coast to witness its bounty of whales, dolphins and seabirds including hundreds of thousands of puffins. Then there are the icebergs that float down from Greenland. In fact, the frozen behemoths have earned this stretch of the Atlantic the moniker, Iceberg Alley. And yes, it was 350 miles/563 kilometers off the coast of Newfoundland where the infamous Titanic sank.

The fantastical shapes of the bergs are the result of the force of waves, wind and the melt. Huge portions of the ice "calve" or break away at the water’s edge with a booming crash and range from flat, stadium-sized slabs to “growlers” (named for the sound they make spinning in the water), which are about the size of a grand piano. Edgar Allan Poe described them as "...stupendous ramparts of ice, towering away into the sky, and looking like the walls of the universe." There's an incredible video of icebergs on their site - don't miss it.

You may not wax poetic about the bergs or the place when you visit this province, but we’re pretty certain you’ll be happy just going with the “floe.” Watch this excellent tourism ad and see for yourself.