From the Top End of Down Under, it's a new year with Dr. Starkey. 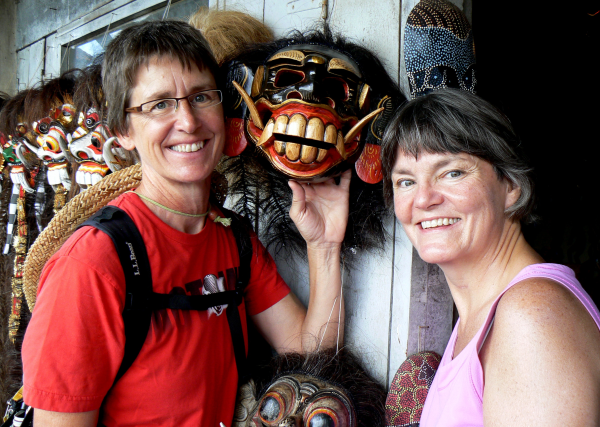 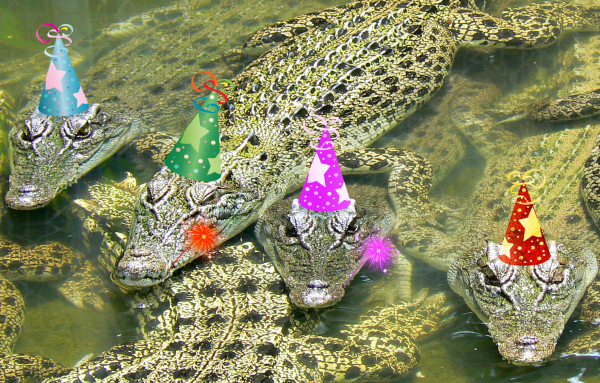 G'day from the Top End,

Over 60,000 years ago, when the sea level was much lower, people walked from New Guinea to Northern Australia and these wanderers were the origin of the Australian Indigenous Aborigines. By the time Europeans arrived in 1788, the Aborigines—scattered throughout the continent as hunters and gatherers—may have numbered close to a million people. They are the oldest continuously maintained culture on earth and now number about 455,000. However, homelessness is highly visible among Aboriginal people.

We witnessed this first hand while working in a small remote 60-bed hospital in an outback town called Katherine (where 2011 Tour de France champion Cadel Evans hails from). I worked alongside an outreach nurse specialist who provided gynecology care to our patients, whom she called “the women from the long grass”. Often found living in the surrounding fields, these women lack education and have nowhere else to live. The government has tried to supply housing, but the demand outweighs the supply, so housing eventually becomes crowded and unsanitary. 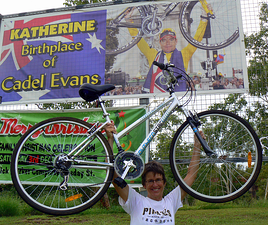 While the Aboriginal people now receive what they call “sit-down pay” (deposited into bank accounts for their use) this monetary support means the younger generation has lost the ability to live off the land; they have no “need” for work, nor do they see a role for education. As I found out, healthcare is also on the back burner. Clinics and transportation are available, but the people find it difficult to attend. Both preventive care and early detection are not yet embraced; unemployment is six times the rate of non-aborigines; and truancy in the primary schools is at 60%.

Cultural practices are also profoundly different; we do try to understand but find it difficult. This is demonstrated by the following story: I recently had a patient arrive with internal bleeding that occurred as a result of repetitively jumping out of a tree onto her abdomen. This was her way to demonstrate grief over the death of a grandparent and - coupled with an undiagnosed bleeding disorder - it almost cost her life. Also, once a person dies you can no longer view their image or say their name. This practice to honor family ties is just one instance of cultural differences. 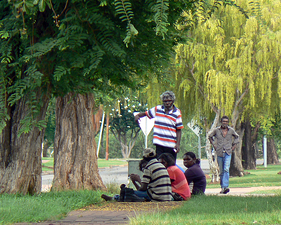 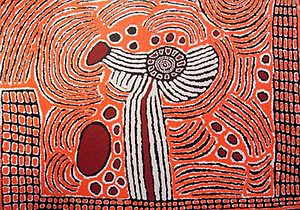 Despite the aforementioned “doom and gloom", the Aborigine culture is slowly gaining ground - with the granting of full citizenship in 1967 and the return of their traditional ancestral land. If there is any area that has defined the renaissance of Australian Indigenous cultural globally, it is visual art. We have enjoyed learning about and collecting art from the different regions where we have worked. One of the most telling films of Aboriginal history is the film The Rabbit Proof Fence depicting a time when half-caste mixed blood children were taken from their homes and placed in missions in the hope of educating them and eventually “breeding out” the black color. It is a very powerful story.

On another note, the rainy season has arrived with its hot humid conditions and rain that comes in horrific downpours, but we're enjoying the adventure as always.

Happy New Year to All,

Dr. Kathy Starkey, an OB/GYN, and her partner, Molly Evans, have chosen locum tenens as a permanent lifestyle (they're currently on their seventh assignment). Their adventures have taken them to New Zealand's North and South Islands, the Cayman Islands, Western Australia, the small Australian state of Tasmania and now the Top End of Australia (in the Northern Territory). Read more of their adventures right here. And if you haven’t subscribed to this blog yet - do it now!