Pack up your tucker bag! ‘Tis the season for Australian edibles. 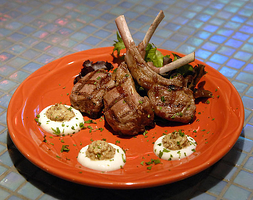 With the holiday season upon us, our thoughts turn naturally to food. ‘Tis the season to eat, after all—and no one knows that better than the Australians. It may be summer Down Under, but the Silly Season means spending time with rellies (relatives) and mates, feasting on lots of Holiday edibles.

What is Australian food? We actually get that questiona lot. So, we'll start with a few bits of Australian foodie lingo: chook is chicken, sangers are sandwiches and lamington is a jam 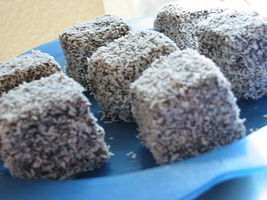 Food in Australia is primarily influenced by two cultures: the British, who settled the country in the late eighteenth century, and the Aboriginals, who occupied the land for more than 40,000 years before that. The British favored staples like roasted meats and grilled steak and chops. Despite an array of different influences (Asian being high on the scale), a lot of traditional British foods remain a mainstay of Australian cuisine—particularly in pub fare like meat pies and fish and chips. The Abori 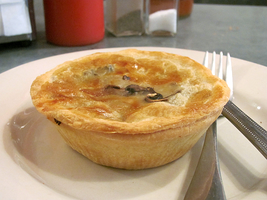 ginal influence is still seen in methods of cooking local fish and meats, including barramundi, kangaroo and possum, and in flavors like wattleseed.

If you’ve lived and locumed in Australia, you probably crave a few Aussie favorites like mash (potatoes) and meat pie—and you’re not alone. Six years ago, an Irishman named Niall Grant joined forces with a Melbourne native and chef, Lincoln Davies, to open the Tuck Shop in New York City "because you couldn’t get a decent Australian meat pie there.” They offer single-serving meat pies with fillings like ground beef, creamy 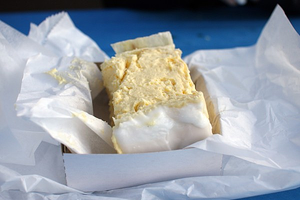 chicken with leeks and ham, Guinness Steak or lamb, a vegan mixture, and a daily special like spice-infused chili beef—all on the cheap. In addition to its staple meat pies, you’ll find sausage and an array of rich desserts including lamington, sticky date pudding and a dreamy Vanilla Slice (an Aussie cake so delectable that a competition called the Great Australian Vanilla Slice Triumph is held every year to discover the best Vanilla Slice bakers). 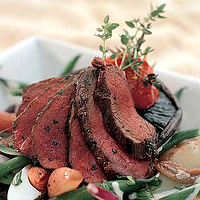 Since it opened its doors, the Tuck Shop has expanded to three locations in NYC. What’s more, the number of Australian and New Zealand restaurants in NYC has tripled. And in other cities, including Chicago and LA, Aussie and Kiwi ingredients are becoming a fixture, not just a popular trend.

While the Tuck Shop's owners attribute the popularity of the cuisine to the approachability of Australian culture, NYC chef Brad Farmerie (the award-winning chef of the Michelin Star-winning restaurant Public) thinks it’s the purity of the flavors from Australia and New Zealand. 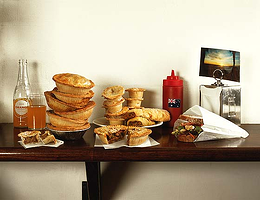 What else is on the menu Down Under? For nostalgic locums, Ruby's in NYC is one of the 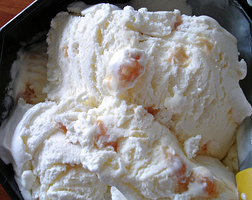 few places in town to get a true-blue Aussie burger “with the lot”—ground beef mixed with finely chopped peppers and onions, then topped with a fried egg, beet slices, and roasted pineapple. Other NYC spots for Aussie food are Eight Mile Creek and The Australian NYC. If you’re a locum who’s nostalgic for New Zealand favorites, check out Nelson Blue where chef, Eric Lind, has crafted a Kiwi menu that includes lollipop lamb chops and (one of our favorites) green-lipped mussels. 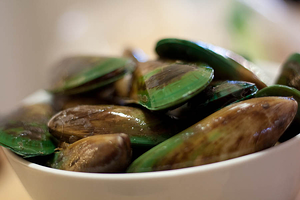 Thanks to the wonder of the World Wide Web, you don’t have to travel to a big-city restaurant to find your favorite Aussie foods, either. Stop by your local Trader Joe's and pick up some Pastilla Nash! Although it's private label, it's definitely the same prune and walnut log that Aussies have come to know and love. Trader Joe’s also carries Darrell Lea licorice in strawberry and traditional flavors. And if you’ve just gotta have your Weis fruit & ice cream bars, Trader Joe’s carries Mango & Cream, Raspberry, Vanilla, and Coffee. One Aussie tells us Weis bars are "as summer as a sunstroke on Bondi Beach! I have at least two packa 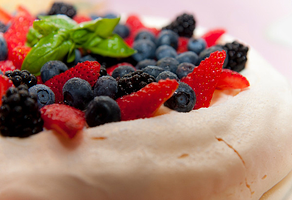 ges in my freezer at all times.”

A few other foods native to Australia remain popular cuisine. Did you know, for instance, that the macadamia nut tree is a native plant species? The trees were introduced to Hawaii in the 19th century where it was used for reforestation, but indigenous Australians have been using macadamia nuts and bush foods for more than 50,000 years.

Wattleseed is another "Oz-some" flavor. A roasted grain 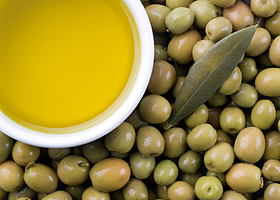 spice with a rich, nutty flavor, wattleseed is used in sweet and savory dishes. Relish it in rolled wattleseed pavlova, walnut and wattleseed bread, wattleseed waffles or wild mushroom and wattleseed risotto. Yes, Virginia, wattleseed is as Australian as Vegemite. Vic Cherikoff offers a range of wattleseed products along with other sauces and splashes that taste distinctively of the Outback, both online and at Whole Food Markets. Extra Virgin Olive Oil from Australia has taken the world by storm, too. Cobram Estate Ultra Premium oils won an unprecedented two Best of Show awards out of three

So fill up your holiday tucker bag (a food or dinner storage bag used in the Australian outback) with some edibles from Oz. And don't forget a fine Australian wine like one from the Barossa Valley to wash it all down.
'Tis the season!