Kerouac’s got nothing on this cross-country adventure

Over three decades in the making—Te Araroa, The Long Pathway—came to life on December 3, 2011. The official opening ceremony took place on Wellington's famed seashore—the midpoint of the nearly 3,000 kilometer walkway that stretches the entire length of the country. 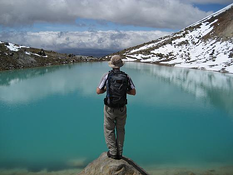 thernmost point of the South Island.

Te Araroa joins a select group of epic walking trails throughout the world, including the famed Appalachian trail in North America and the Camino de Santiago in Spain. While Te Araroa will take "trampers" through the world’s most spectacular scenery, it was also designed to take you on a journey through the country's history.

Cape Reinga is one of the most sacred Māori places where, it's said, the spirits of the dead leave to return to their spiritual homeland of Hawaiki (the legendary homeland of the Māori peoples). The trail also passes through Waitangi, where New Zealand’s founding treaty was signed in 1840.

In the central North Island, the trail takes in the Tongariro Crossing,
a world-renowned  mountain crossing through a unique volcanic landscape. The trail’s longest and most demanding section traverses the Richmond Ranges and summits above 1,500 meters. Some of the most spectacular routes are along mountain trails through the South Island’s Southern Alps. You’ll also make your way thr 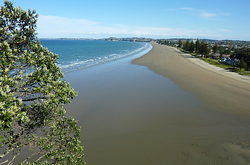 If you're a dauntless hiker, take the entire odyssey that is Te Araroa (three months or more). If you prefer your walks a little more leisurely, the trail is actually formed from a network of regional pathways that offer day, overnight and shorter multi-day excursions. There’s also a water section you can travel by kayak (mainly on the Whanganui River), and a few sections—like one across Mackenzie Basin—can even be cycled. 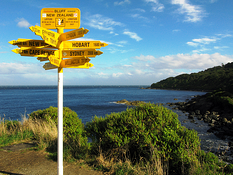 Te Araroa is one of the most ambitious voluntary projects The Land of the Long White Cloud has ever seen. Hundreds of volunteers helped create the spectacular route. The grand opening of the pathway coincides with the release of a new guidebook written by Te Araroa Trust founder (and Kiwi Journalist), Geoff Chapple. The Walking Guide to Te Araroa will help walkers make the most of their travels, but you can start planning your own trek now. We suggest you plan it along with a locum assignment in New Zealand, of course.