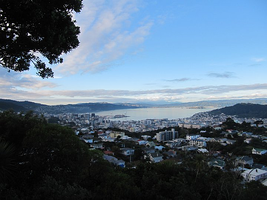 We head to Wellington - or “Wellywood” as it’s often called - this week. Not only did local hero Sir Peter Jackson launch New Zealand into the international scene with beautiful depictions of his home country in the Lord of the Rings trilogy and King Kong movies, he launched a film industry here, spawning niche businesses in pre-production, post-production, special effects and more.

At one point, Wellington International Airport announced plans to install a Hollywood-inspired Wellywood sign
in the steep hills above the city, but opponents who thought it would mark the city as “uninventive” and “try-hard followers” protested. After much ado and a public vote, an All Blacks sign was installed - just in time to welcome International rugby fans for Rugby World Cup 2011.

Rugby fans are ready for the USA vs. Australia match this week at gorgeous Wellington Regional Stadium,
and while Brisbane-born Tim Usasz will captain a new-look USA team for the first time, visitors will relish much more than the action on the field.

Wellington, New Zealand's "Capital of Cool", boasts a sophisticated food scene that claims more places to eat and drink per capita than New York City. Every day restaurants, bars and cafes a draw people with time to spare and people to meet.

Head over to Cuba Street - which was not named for the Spanish speaking country, but for a New Zealand Company ship that brought a survey party from England in 1839 to speculate for land. Here, you'll find places like Matterhorn, a Wellington institution that wins local and national awards both as a restaurant and as a nightlife haunt. Next door and upstairs you'll find the Mighty Mighty, a good bar for live music. And among the hundreds and hundreds of other choices, you'll encounter Maranui Surf Life Saving Café, a local favorite for breakfast or lunch with its big views of the ocean. 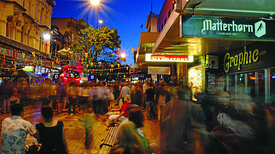 Speaking of water, Wellington's natural setting on the edge of a deep harbor adds to its tremendous popularity. In fact, most residents live within 1.86 miles or 3 kilometers of the sea. Locals love their city, and they get a kick out of helping visitors fall in love with it, too. To hear them tell it, everyday life is straight forward without the hassle. Social networks and a strong community spirit are easily maintained, and people here feel safe.

Wellington is also concentrated and compact: The central business district is just over 1 mile or 2 kilometres in diameter, so you can walk from one side to the other in about 20 minutes. The rest of the region is also easily accessible by road, rail and air. Daily commute times are short (30 minutes or less). The area also enjoys the best public transport infrastructure in New Zealand, which is why it’s also the most used - 30% of people here commute daily by bus or train, and then walk or cycle to work. 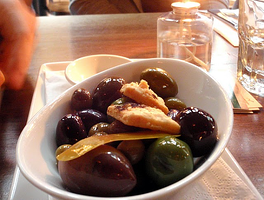 You’ll find Wellington at “the bottom of the North” Island along the Cook Strait, and it’s that spot on the map that make it the world’s southernmost capital. Wellington is the proud home of many national treasures, including the Museum of New Zealand Te Papa Tongarewa. A contemporary museum that showcases country’s diverse art and visual culture, Te Papa's collections include wildlife, history and Māori culture. Wellington is also home to The New Zealand Symphony Orchestra and the Royal New Zealand Ballet.

Nature and wildlife experiences are another major draw for the Wellington region. Zealandia, a sanctuary for endangered native birds and other New Zealand wildlife, is just minutes away from the city’s center. Along the 'Nature Coast' - north of Wellington - you’ll find Pukaha Mount Bruce, a conservation center where a rare white Kiwi bird made its appearance earlier this year. The coast is also home to Kapiti Island - an internationally-famed nature reserve where you can mingle with rare native birds. 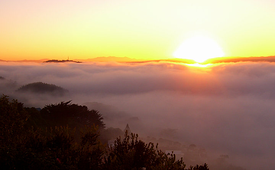 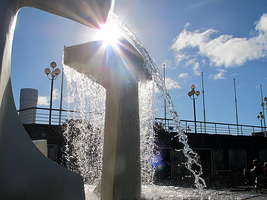 Back in the center of the city, you’ll find one of our favorite nods to the arts in this beautiful city - The Writer’s Walk. Here, you’ll discover 11 poems, cast in stone and paired with harbor views - each from the pens (and keyboards) of distinguished writers who, at some point, have called Wellington home. Katherine Mansfield, Robin Hyde, and Bruce Mason, are among the poets here whose words capture the true essence of this beautiful city. Here's one by Lauris Edmond that may inspire a locum tenens assignment nearby:

It's true you can't live here by chance, you have to do and be, not simply watch or even describe.
This is the city of action, the world headquarters of the verb.