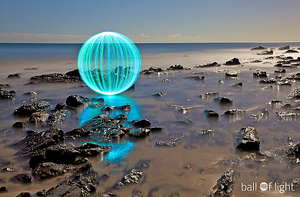 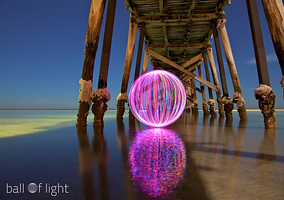 Two years ago, New Zealand native Denis Smith was working in a high-pressure sales job; drinking what he says were “obscene amounts” of alcohol, coffee and red bull; and struggling with depression. The lifestyle was taking its toll on him emotionally, physically and financially - and it was exacting an even bigger toll on his marriage. In fact, Smith says he was dangerously close to losing his wife - whom he describes as his “best friend” - so it was high time for a change.

Together, Smith and his wife packed up and moved to her native home of South Australia. It was there that Smith picked up a camera for the first time - and discovered the creative outlet that would change the direction of his life.

Smith's new home outside of Adelaide in South Australia is one of the most beautiful and varied parts of the country, and Smith wasn't immune to its beauty. He also noted how dramatic and truly radical the changes were - temperatures, then colors - and was inspired to capture it all on film. He was putting some (rather amazing) work on Flickr®, but thought it was the same thing everyone else was doing. That's when he discovered light painting. 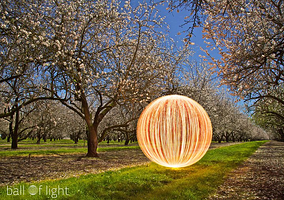 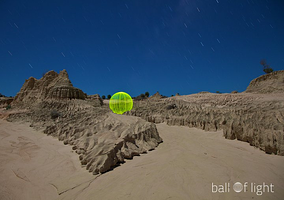 With normal photography, the shutter opens and closes, but with light panting the shutter stays open. Remember writing your name with a lit sparkler when you were a kid? Light painting is the basically the same thing. Smith started experimenting with circles, swinging a light on the end of a string; then one night as he turned in a circle, the light gradually went from a random circle to an ordered sphere. It was the beginning of Ball of Light photography.

While it sounds easy to accomplish, creating the spheres by hand takes a massive amount of practice. People ask why they can’t see him in the pictures. It’s the same as when you take a photograph of cars on the highway at night - you see the red taillights or the white headlights streaming, but you can’t see the car itself. It’s all about motion.

For Smith, it's also all about the place and time: Location shots take a lot of planning. He needs the right weather and a full moon - and all of the shots take place at night.  There is no Photoshop manipulation in Smith’s Ball of Light works. They’re taken in a single exposure with adjustments to level or brightness and such. 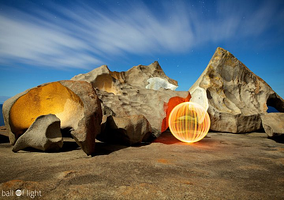 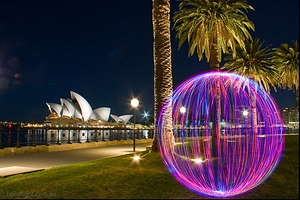 Smith counts himself lucky enough to go searching for the Ball of Light in some wonderful places near his new home. His fondest memory with this project? Being at Lake Mungo with the Ball of Light near an ancient Aboriginal Fire Pit carbon dated to 65,000 years wondering what they would have thought.

Smith never thought he’d be in a position of creating what people would describe as art, or that someone would pay for them. “Two years ago,” says Smith, “I would’ve laughed. Now it gives me more joy than anything I’ve ever done." Smith's work gives us joy, too, but the truth is even without a ball of light in the frame, his work is spectacular.

To get a closer look at Smith's photos (not to mention the incredible landscape) we suggest you locum in Australia. Stay for a while and catch all of the changing seasons while you're at it. Until then, check out this
15-minute documentary by Sam Collins and meet the photographer via video.

Ball Of Light from Sam Collins on Vimeo.