Aussie film festivals get a big thumbs up 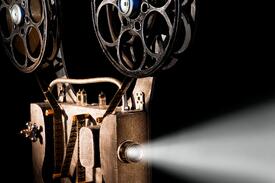 The list of things to see and do in Australia is exhaustive and potentially exhausting. So when you’re plumb tired of trekking, tramping, climbing, and traipsing across the sunburnt country we suggest you take a load off at the cinema - at one of the many Aussie film festivals.

A film festival is about the only place where you can see a documentary about the gentle giant who brought Elmo to life, screen a horror about a homicidal homeless man, catch a monochromatic depiction of peasant life (in Hungarian) and see a 1982 Martin Scorsese film on the big screen. And there’s a great film festival somewhere near you in the land of Oz.

First up: The Melbourne International Film Festival or MIFF, which occupies a significant place in this self-proclaimed "cultural capital” city’s artistic calendar.
This year marks the 60th anniversary of the festival, so if the sheer size of past events (nearly 200,000 attendees) is on mark, this could be the big one. The festival will run a formidable 17 days, from July 21 to August 7, and this year they’ll unspool more than 300 films!

MIFF showcases new Australian cinema and international films, so whether your leanings are towards award-winning European cinema, feel-good films with kids, music documentaries, dark Korean flicks, Canadian comedies - or what have you - there’s a film for that. This year’s billet includes 25 films screened earlier this year
in Cannes, including Drive, a high-octane speed thriller starring Ryan Gosling slated for closing night.

Outside of the Canne’s competition, there’s Sean Durkin’s Martha Marcy May Marlene, which found acclaim at Sundance this year. You’ll also find a healthy dose of American fare, including Morgan Spurlock’s POM Wonderful: The Greatest Movie Ever Sold, about movie product placement (insert plug for Global Medical Staffing). Our pick would be the Michael Epstein documentary, LennoNYC, a fresh look at the final decade of Lennon's life following his move to New York City in 1971.

Head north to Brisbane and you’ll find the Brisbane International Film Festival or BIFF, an annual event since 1992. BIFF spans 11 days (November 3-13 this year) that are jam-packed full of films from around the world. BIFF is also renowned for launching films including The Full Monty, The Usual suspects, A Prairie Home Companion, Where in the World is Osama bin Laden, and more.

Then there’s the biennial BAFF event in Adelaide (BigPond Adelaide Film Festival) and while it’s not as big as MIFF, it has managed an interesting slate and has a knack for choosing good flicks, including Look Both Ways, Ten Canoes and The Home Song Stories. It was also listed in Variety Magazine’s Top 50 Unmissable Film Festivals Around the World, right behind the big five - Berlin, Cannes, Sundance, Toronto and Venice. BAFF ran early in 2011, but it’s one of the
youngest and most innovative festivals in the world and absolutely worthy of
your 2013 calendar.

Canberra also has its own 12-day celebration of feature films and documentaries from around the world. No references to CIFF, but the Canberra International Film Festival takes places this year from October 26 to November 6 and offers the best Australian new releases and retrospectives along with the aforementioned film fare.

Naturally, the Sydney International Film Festival is not to be missed, though it just completed its run in June, alas, you can head there in January for Sydney’s first outdoor beachside cinema at Bondi Beach - Flickerfest - which kicks off the summer movie season under the stars in a unique and relaxed summer environment. Their Academy® accredited short film competition celebrates the latest in cutting edge shorts from around the world. Flickerfest also tours nationally in Oz, so watch for it.

Until then, see you at the cinema! Oh, and check out the trailer for MIFF here.