Five things to add to your Australia locum list

John Lennon said it best: “Life is what happens while you are busy making other plans.” It’s no wonder, then, that people everywhere are now seemingly resolved to live life to the fullest.

Exhibit A: “life lists” and “bucket lists”—places to go and things to see and do before you die or kick the bucket. Ten of these, 1,000 of that; it’s a lot to take in. Australian Traveller just released its own list of 100 things to do Down Under before you die. We’ve borrowed a select few of some lesser-known destinations to highlight here for your own "locum list". We also guarantee this: Whether you get to “tick off” one or every last 100, your life will be enriched.

1. Meet the dolphins at Monkey Mia

No offense to Sea World, but this is no aquarium. Monkey Mia is one of the world’s premier natural dolphin sighting areas—a magical world where wild bottlenose dolphins frolic and then come to shore for feeding where they're the main attraction (Rangers carefully supervise the process.) The dolphins have been coming close to the shore of this westernmost Australian beach for over 40 years. And no, you won’t see a monkey here: Mia is the Aboriginal term for home or shelter, while the Monkey part of the name allegedly derived from a pearling boat called Monkey that anchored there in the late 19th century. 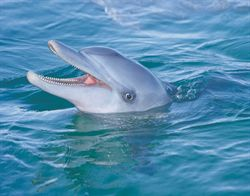 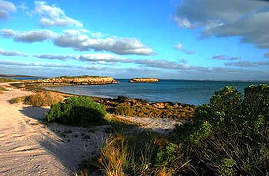 2. Watch the sunset at Steep Point

On the edge of the Australian continent, where the far western coast meets the sea, is the Shark Bay World Heritage Area. Just inside the site you’ll discover the Gascoyne region and Steep Point - the westernmost point on the Australian mainland. Historically, Steep Point is where the HMAS Sydney sank in 1941. Today, anglers come from far and wide to try their luck at Spanish Mackerel, Cova, Tuna, Yellow tail Sea Kingfish, Sharks and even “Saily’s” (Sailfish). Take a thermos of cocktails and be the last human (or dolphin) on the continent to see the sun before it sinks into the Indian Ocean.

3. Eat your way around King Island

King Island may be named for royalty, but the food is fit for deity. Dairy, beef, seafood, produce, honey…the water even comes from the heavens.

With a legacy spanning more than 100 years, King Island Dairy makes cheeses like washed rind, blue vein, soft white, black label brie and more. The fromagerie is open for tasting most days, but you’ll have to come back later for dessert because you'll want to bite into some Genuine King Island Beef first. It's farmed, processed and packaged right on the island, and the cattle are ironically 100% vegetarian. 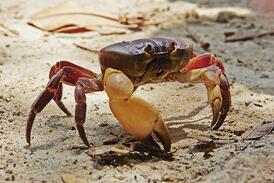 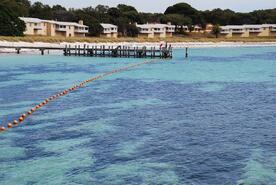 Then there’s the seafood - Rock Lobster, Abalone, King Crab. Or try some Snotty Trevally, Bastard Trumpeter, Magpie Perch and Shark. Pick up some cold-pressed King Island Lymwood Honey on your way to the King Island Bakehouse, famous for (among other things) beef-steak pies and traditional Christmas pudding made from a 200-year-old recipe. Wash it all down with some Cloud Juice, made solely from the rainwater of King Island and “sought the world over by connoisseurs and devotees of fine luxury waters.” Between meals you can stroll barefoot on the beaches, enjoy a wilderness walk or go fishing. There’s even a series of Grazing Trails here: a network of recreation and food trails that cover five areas around the Island. Now that's foodie heaven.

4. Get stranded on Wilson Island

Mary Ann’s doesn’t make banana cream pies here because castaways on Wilson Island quickly find other favorites. is The perfect desert-island experience, you get all the comforts here, including room service. With just six luxury tents set beside the sea on a tiny tropical islet, this tiny coral cay Island is probably the most romantic campsite on Earth. Surrounded by an emerald sea, it’s the nesting spot for green turtles, peace and relaxation. Call it castaway chic. Call it glamping. You'll call it good and never leave again. 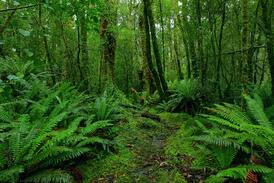 5. Traipse through the Tarkine Forest

It's pristine here in the Tarkine, the largest cool-temperate rainforest in Australia. It’s also one of the most peaceful, lush tranquil places to take a six-day hike through 173 square miles (44,700ha) of forest untouched by bushfire for centuries. A tour company, Tarkine Trails, will lead you past wild rivers, through spectacular mountain ranges, and under the tallest hardwood trees on the planet. Stay in a gorgeous timber miner’s cottage on the last night, and believe us, you’ll want to stay forever. The video below is proof.

Ready to get busy living as a locum in Australia? Read about all 100 adventures here and get started on your own locum list. Oh, and if you manage to drink your fill of Barossa Valley wine, pilot a blimp over Uluru, or finally learn to play the Didgeridoo on your journey, more power to you.