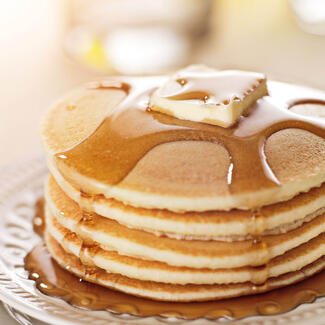 Our doctors work all over the Land of Milk and Honey and they say there’s no better way to connect with it than by exploring it one step (and bite) at a time. Even native Californians are surprised when they take to the sidewalks and boardwalks on foot. 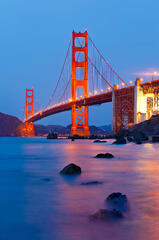 Hollywood and you'll also take a step back in time. Sunset Tower, designed in 1929, is an elaborate apartment building from Hollywood’s Golden Age. Its elegant Art Deco styling and dramatic setting on the Sunset Strip—together with its proximity to famous restaurants and nightclubs of the 1930s & ’40s—made it a landmark from the get-go. The likes of Katharine Hepburn, Howard Hughes, John Wayne and Bugsy Siegel once lived here giving it even more commemorative clout. 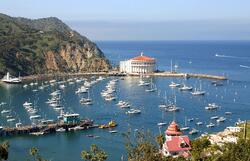 About 1,000 steps away, you’ll find one of the most spectacular buildings in West Hollywood—The Granville Towers. Built in 1930, this historic French Normandy-style classic is only seven stories high, but the view from the penthouse spans the San Gabriel Mountains, LA's downtown skyline, and even reaches as far as Catalina Island. The spot has hosted an A-list of celebrity residents like Marilyn Monroe and, more recently, Joe Jonas (don't tell your daughters!).

I recently read a book that featured characters waxing rhapsodic about flannel cakes (not funnel cakes, flannel cakes). Coincidentally, Musso & Frank's—where the flannel cakes are as legendary as the imbibers who used to hang out here—is just down W Sunset. The renowned back room where iconic L.A. literary figures used to dine is no longer open, but it's still easy to picture William Faulkner or Dorothy Parker here. And while places everywhere claim that poet and author Charles Bukowski drank there, he really did drink at Musso and Frank's. No word on whether he ate the flannel cakes, but the place has been in the same spot since 1934 and it's been in business since 1919. 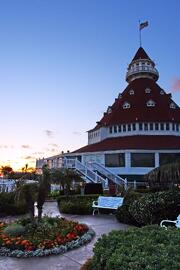 Working near San Diego? The Gaslamp Quarter is one of the most architecturally significant historic districts in the country. It takes in a walkable 16 ½ city blocks, and over 90 of its buildings are on the National Register of Historic Buildings. You’ll discover buildings by renowned architects like Irving Gill, William Templeton Johnson and the Reid Brothers (who also designed the famous Hotel del Coronado just across the bridge), and eclectic architectural styles ranging from Classical Revival to Spanish to Baroque. 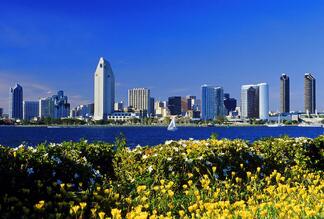 San Diego may feel urban, but the crashing waves of the Pacific nearby create a vibe that's quintessential American beach. Hit the boardwalk at Pacific Beach and soak up the three-and-a-half-mile stretch to South Mission Beach. Step off the boardwalk for the best damn pancakes—banana blackberry, strawberry granola and more—at The Mission Restaurant. Or satisfy the inner surfer in you with a rite of passage popular in these parts—a massive breakfast burrito washed down with a mocha (made with real Mexican chocolate) at Kono's Surf Club. The line often snakes out the door and around the corner, but it moves fast and it has the top three elements we look for in a joint: location, location, location.

If you're looking for a California locum tenens assignment, look no further than right here.