One place. Six seasons. A kakadu of species. 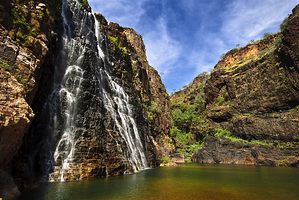 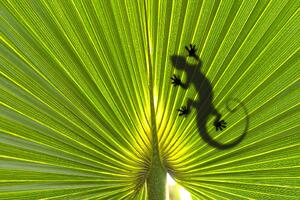 The seasons in Australia’s “Top End” come in two distinct flavors: torrential wet and mud-cracking dry.
However, Kakadu National Park—the centerpiece of the Top End—sees seasons of such varied extremes that
the aboriginal inhabitants have divided the year into six distinct seasons: Gudjewg, Banggereng, Yegge, Wurrgeng, Gurrung and Gunumeleng (we won't ask you to pronounce them).

The year starts with the scent of blossoming paper barks overflowing into thundering waterfalls and dazzling lightning displays, then trickling into billabongs (small lakes) overflowing with feathered creatures and more. Kakadu has nearly 12,000 square miles/19,312 kilometers of spectacular wildlife habitat, including high-stone plateaus, rainforests, flood plains, mangrove-fringed estuaries, and coastal beaches on the Arfura Sea. The rugged, isolated nature of Kakadu means there are so many species that some have yet to be named by modern science. 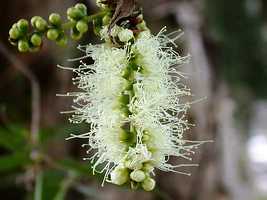 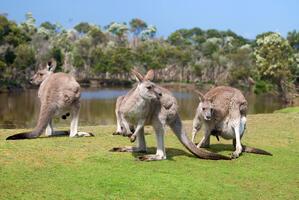 Teeming with wildlife, you’ll find 60 species of mammals including kangaroos, wombats, dingoes, possum, bats and dusky rats. The Park is also famous for its reptiles like the awesome and dangerous Australian saltwater crocodiles (salties) that patrol many of the Park’s waterways. Watch for large monitor lizards (goannas) and colorful frill-necked lizards, too.

Kakadu is also a bird-lovers paradise. Billabongs that spring up during the wet seasons attract all kinds of activity from the stately Jabiru, to the aptly named Jacana or “Jesus” bird—so called because of the way it seems to walk on water. Osprey camp out atop termite mounds, Forest Kingfishers perch on branches above the still waters begging to be captured on film, and magpie geese congregate by the hundreds of thousands. 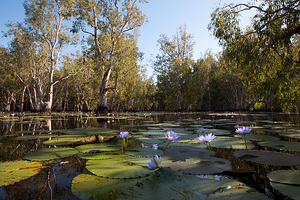 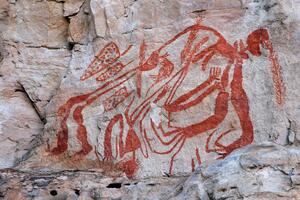 There are a lot of ways to experience Kakadu, depending on the season. Private cruise lines like Yellow Water Cruises are a great way to get up close and personal (safely) with some of the Park residents - especially the salties. There are also four-wheel drive safaris, camping and backpacking excursions, and for the truly laid-back adventure, car trips are a popular item, too. But the best way to experience Kakadu is the way the Aboriginals have for 40,000 years—on foot. You'll find a wide variety of paths and bush walks, from short and easy to those for the seriously fit. It's up to you.

The Aborigines here in Kakadu are descended from the longest continuous surviving human culture in the world. In fact, the name Kakadu comes from the mispronunciation of Gagadju, the name of an Aboriginal language spoken in the Park. Renowned for the richness of its Aboriginal cultural sites as well as its natural values, Kakadu is a recognized World Heritage Site. 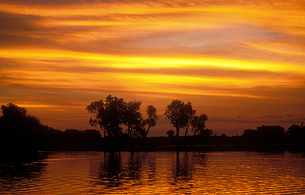 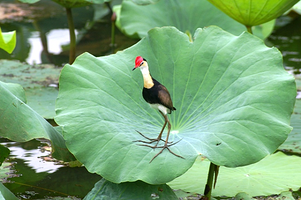 They say change is the only constant in Kakadu. One Park ranger says, “At different times of the year you see completely different scenes.” But you already know that because Kakadu is up there on your life/bucket list—along with a locum in Australia. Just plan ahead. The Park covers a lot of ground and the seasons bring different experiences. Currently (and pretty much through March), the park is enjoying the Gudjewg (rain) season, and what they call "knock 'em down storms." The floodplains are starting to fill, waterfalls are flowing, native vegetation is vibrant, and dramatic storms and sunsets are common.

To start planning, sit back, put in your earbuds and take an audio Tour of the 7 Regions of Kakadu in the theater of your own mind.