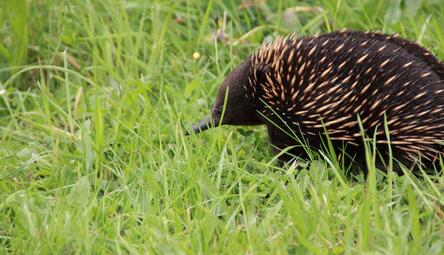 If you guessed hedgehog or porcupine, you’re wrong. But you’re definitely not alone. This adorable little critter is called an echidna (ih-KID-na), and while it’s often mistaken for other prickly animals, the echidna is one of a kind. More than a few of our doctors Down Under have been fortunate enough to see echidnas in the wild - and a very few have snapped pictures of these creatures.

A scientific member of the Monotreme family - the only mammals known to lay eggs - the short-beaked echidna of Australia is one of just three monotremes still in existence. The long-beaked variety found in New Guinea is number two; the the duck-billed platypus, also endemic to Australia, is number three.

The echidna is also one of the Earth’s oldest surviving species. While other animal species have become extinct, the echidna not has only found a way to survive, it has remained unchanged since prehistoric times - and it puzzles researchers and scientists to this day. 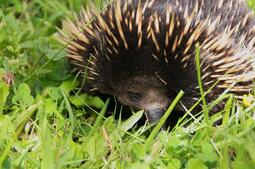 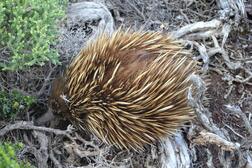 With its tiny face, small eyes and long nose (sometimes called a beak or snout), the echidna has poor eyesight, but seemingly good hearing. It also has a very long, very pink, very sticky tongue that comes in handy for catching termites and ants - also known as breakfast, lunch, and dinner. Which explains the echidna’s other name:
“spiny ant eater.”

An extremely shy, solitary animal, echidnas can be spotted frequently in the scrubland of Australia, but be alert because the view won’t last long. One glance in the direction of an echidna and it’ll bury its head in the ground and wait for you to leave. While an echidna's not all that big (they vary in length from 14 to 30 inches/35 to 77 centimeters, and weigh in at 5.5 to 22 pounds /2.5 to 10 kilograms), it uses its powerful front feet to dig straight down into the earth until only the spines of its back can be seen. Some say it can dig a hole just as fast as a human can using a shovel - it’s one of their defense mechanisms. 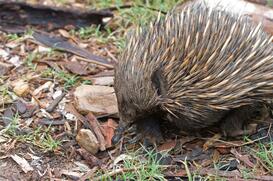 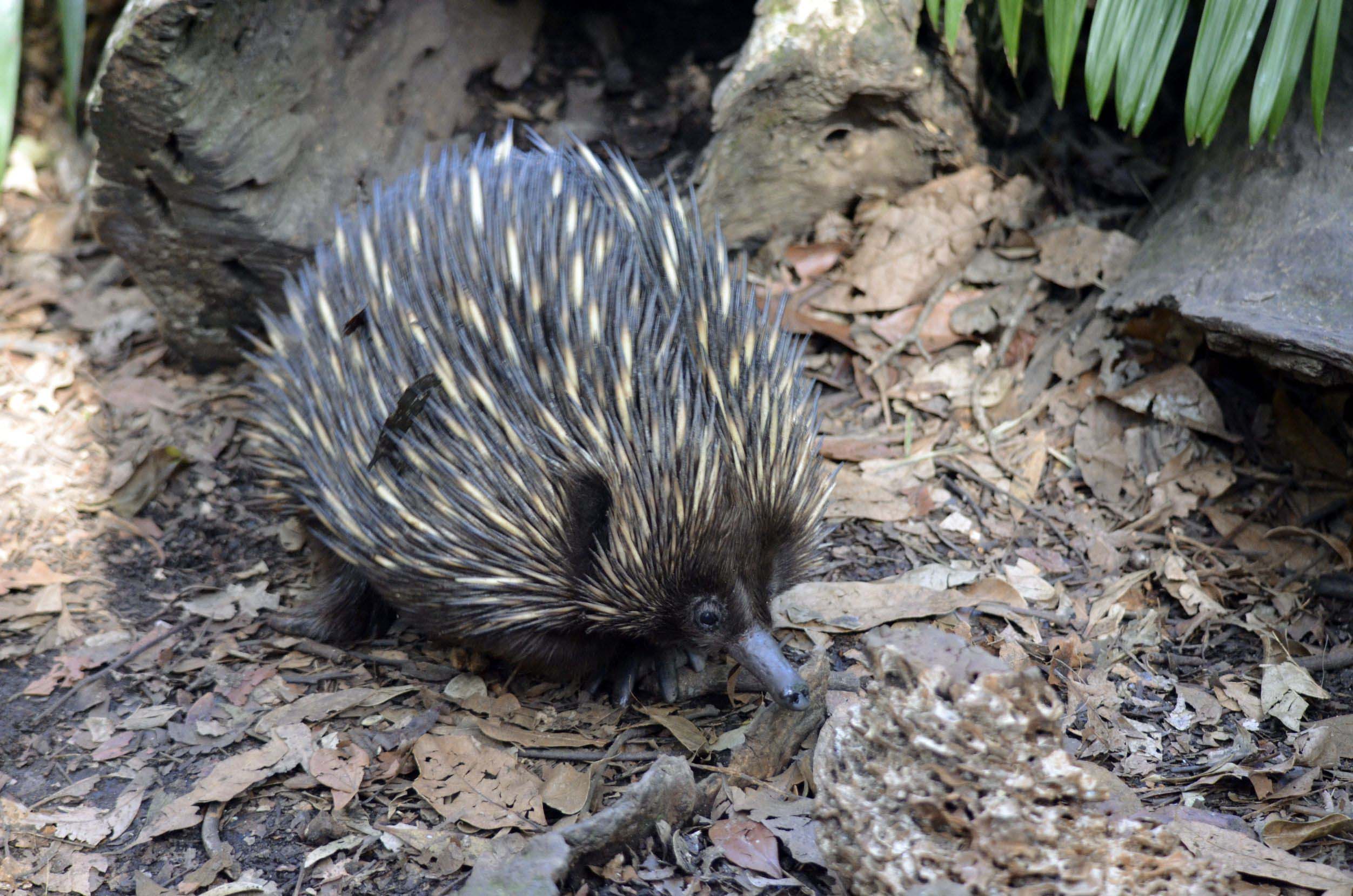 Echidnas are also known to curl up into a tight, spiky ball and hide its face and feet, though their beige-and-black spines help camouflage them in the brush. Surprisingly, echidnas are excellent swimmers, too, though their only real natural predators are eagles and Tasmanian devils. Aboriginal people and early white settlers often ate the echidna - in fact, they were a favorite food! They’re now wholly protected by law, but still suffer largely because of habitat loss, vehicle collisions and domestic pet attacks (dogs). An echidna named Cess (pictured below left), is reportedly making a speedy recovery in Taronga Zoo’s wildlife clinic after he was found with two broken feet and a broken snout following a road accident.

The echidna is among the only mammals that hatch their young. Female echidnas lay a single egg once a year. About the size of a grape, the leathery egg is rolled into a deep pocket or pouch on the mother’s belly for safekeeping. Ten days later, the baby echidna (puggle) hatches. Smaller than a jelly bean at hatching - about 0.47 inches/12 millimeters and weighing 0.02 ounces/0.56 grams - the puggle, uses its tiny, see-through claws to grip the special hairs within the mother’s pouch. Remember, the mother lays eggs, so it doesn’t have nipples like other mammals do. Instead, the little puggle laps up milk that the mother’s body secretes from special glands in her pouch. It remains in the pouch until its spines begin to break through, at about 53 days. Then the mother puts the puggle into a burrow, where she will return to feed it every 5 to 10 days until it is big enough to go out on its own, at about 7 months old.

Both the male and female echidna have pouches on their belly, which makes it difficult to tell the sexes apart. In fact, the San Diego Zoo had what they thought was a female echidna for many years until a veterinary exam was performed. “Erma” is now called “Victor!”

Meet Stitch the Echidna, who was rescued following a dog attack by the Currumbin Wildlife Sanctuary. And check out this little echidna doing laps in the wild: