Locum dreams really can come true in Southern California. If you're immune to the magic of Disneyland, or just prefer your excursions without wall-to-wall people then here are some lesser-known, yet worthy spots to indulge your California dreamin'.

Jalama Beach. Donated to the County of Santa Barbara by the Chumash Indians in 1943, Jalama Beach is not your typical SoCal seaside park. Bring your surfboard, windsurfing board, kite board or kayak; this remote coastline boasts the most consistent surf around. Then, relax and savor the rustic beachfront camping but do not leave without hitting the beach grill for a Jalama Burger and Aunt Ruth’s Raw Apple Cake.

Hernandez Hideaway. It’s arguable, but this hole-in-the-wall watering hole claims to be the inventor of the Margarita. Whether you like it frozen or on the rocks, with salt or sin sal, this Mexican eatery has been a San Diego North County haunt since 1972. Hidden near Lake Hodges, the building was once a stage coach stop; it was also rumored to have been a brothel. Either way, you can still revel in the original architecture and Mexican fare accompanied by potent margaritas (you’ve been warned).

Devil's Punchbowl. Some good things do come from earthquakes and the proof is in the pudding right here. With a little help from run-off water from the San Gabriel Mountains, earthquakes created this beautiful County Park. Bring the family and your hiking boots. Three trails cater to every hiker—from the easy, 1/3 mile Pinyon Pathway Trail to the 7-1/2 mile Devil’s Chair round-trip trek. Somewhere in the middle, you’ll find the mile-long Loop Trail: it’s short, but it drops 300 feet and while going down is fairly easy, you do have to go back up again.

San Andreas Fault Line Tours. Southern Californians are well aware of the impending "big one," but few know they can take a guided tour of the "mega-fault." And for earthquake freaks, the best place in the world to experience an active fault line is south of Palm Springs in a small stretch called Box Canyon. Elite Land Tours will get you up close and personal on a four-hour tour and desert safari that promises glimpses of mountain lions, vultures, roadrunners and huge chuckwalla lizards. You may even feel the earth move under your feet. 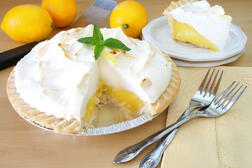 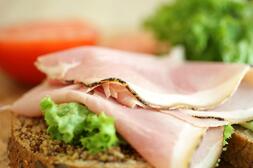 Sprinkles Cupcake Bakery. Believe it or not, there is such a thing as authenticity in Beverly Hills and you’ll find it at Sprinkles. In a city known for fakery and celebrity, this bakery has earned real world fame and you’ll know it when you bite into a chocolate marshmallow or coconut cupcake. And we dare you to resist the red velvet straight from the oven. You might say this "cakery" is the sprinkles on top of a Southern California adventure. 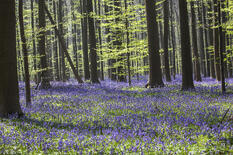 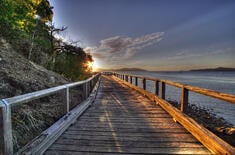 The Channel Islands. The least visited National Park in the country, these islands are likely to leave the biggest impression on you. Five of the eight islands in this archipelago comprise the Park, which snakes from 12 to 45 miles (19 to 72 kilometers) off of the coast. The two inner islands, Anacapa and Santa Cruz, are closest to the mainland and easy to reach on scheduled boat trips. The three outer islands, Santa Rosa, Santa Barbara and San Miguel, can be difficult to get to—boat service is infrequent and subject to mercurial weather and sea conditions. The adventure quotient is high, but a trip to any island in the Park is not to be missed.