Locum cavers take to the underground in Oz 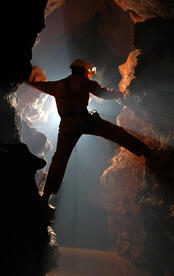 What do you do once you’ve mastered the wind and waves of Australia? You take your thirst for adventure underground – and we’re not talking about the counterculture. It’s time to go caving, or spelunking if you prefer. So, strap on your gear and hit the caves.

Adventure seekers have been tramping through Mother Earth’s wonders since prehistoric days - sparking their torches and heading into the dark abyss in search of food and shelter or as a refuge from rogue wooly mammoths. These days, caving is a sport where you negotiate pitches, squeezes, water, darkness and
more in search of forgotten passages, caverns and waterways. Cavers climb, rappel (or abseil) down the side of limestone cliffs, scale slick rock faces, squeeze through damp crevices, leap from subterranean waterfalls and crawl under rock formations that are thousands of years old.

For those of you daring enough to take the plunge (pun intended) there’s no better place to experience caving than Australia. The country's rich limestone deposits have created more than 100 known cave systems scattered throughout seven territories, and cavers - including our adventurous locum doctors - claim the caves in Oz are the best in the world. The country’s caves range from walk-through caverns with spectacular formations (for beginners) to extremely tight squeezes and underground rapids guaranteed to give you that adrenaline rush. There are countless caves to visit, but here's a few we recommend: 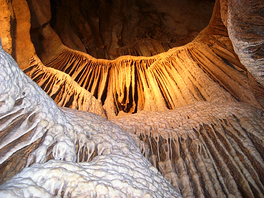 Jenolan Caves is in a huge nature reserve which forms part of the Blue Mountains World Heritage area. With 11 spectacular show caves, pure underground rivers and amazing formations, it’s among the oldest cave systems in the world and it’s often regarded as Australia’s most outstanding cave system. First, it’s on with your wetsuit and into the action, negotiating your way through rainforests, caves, waterfalls and crystal streams via swimming, rapelling and walking. The walk out is often the most impressive part of the day with magnificent views admist a carpet of King Ferns, Coach Wood and Sassafras.

The limestone Leeuwin-Naturaliste Ridge National Park " target="_blank">Leeuwin-Naturaliste Ridge National Park in New South Wales has more than 360 known caves, with evidence that dates human and animal habitation to more than 40,000 years. Start with Boranup forest and explore the maze of tunnels and chambers with their spectacular stalactites and stalagmites. Then rappel down a solution pipe in the darkness to the entrance of the cave, then view the glittering cave formations by torchlight.

The enchanting Aboriginal hand prints of the Murrawijinie Caves on the Nullarbor Plain are also a must see. Covering an area of 77,000 square miles, the plain was created about 25 million years ago when it emerged from the sea. In more recent times, massive cathedral-like caverns and underground lakes have been found beneath the surface. 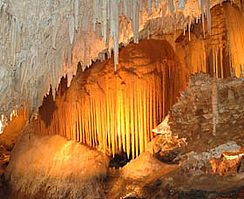 Jewel Cave is Western Australia’s largest show cave and is home to one of the longest straw stalactites found in any tourist cave in the world. Inside the cave you will be bewildered by the colossal formations. The first descent takes you down a long, narrow tunnel which opens into a giant cavern. Jewel Cave creates the sensation of being under the ocean without the water. It has a soft golden glow and the sheer magnitude of its structure dwarfs its visitors. 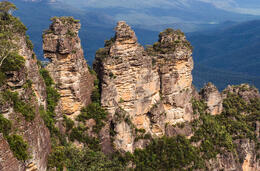 In an effort to preserve and protect the pristine conditions of cave systems and educate cavers, Caving Organizations have sprung up all over, and believe it or not, the mass appeal of the sport has done wonders to preserve caving areas. They’ve called attention to the many rare species that call the caves home, and discouraged development on the sites. In other words, you won’t find Wal-Mart parked on a cave site anytime soon. What we do hope to find there is you, working in a great locum tenens assignment and caving during the off hours. After all, there’s a whole other world under your feet in Oz.