Dr. Steven Vilter's passion for the Land Down Under
is evident in the photos he takes and the stories that accompany them. Here's his latest dispatch:

We finally made it out to Tiri Tiri Matangi Island (an open nature and conservation reserve), which has been cleared off and grazed for 130 years. The expectation was that the native bush on the island would regenerate, but by the mid-80's it became evident that wasn't happening. A grassroots campaign to replant the island and clear it of p 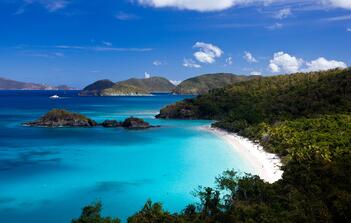 ests ensued. Now, several endangered species have been reintroduced and are thriving,
and this peace of heaven has been declared pest free. (Note: Tiri Tiri is a Maori name that means "tossed by the wind" and the mythology says the island is a remnant of an ancestral fishing net.)

Usually, when the Department of Conservation (DOC) clears an island and reintroduces endangered species, the public is excluded. But as this island was cleared by the public, 120 people a day can visit on Wednesdays through Sundays (catch a ferry from Gulf Harbour or downtown Auckland). 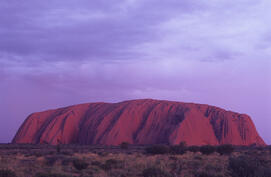 I visited Ayers Rock (Uluru) in Australia some
30 years ago and, as luck would have it, I was able to make it back on this trip. It is still powerful. We spent three days, did a bit of walking, and spent most sunrises and sunsets watching the rock change moods and colors.

When I was here before, Ayers was administered by the National Park System. Since then, the land has been returned to the Aboriginal tribes of the area. Climbing to the summit used to be the thing to do, but the the peak is a culturally sensitive area, so the tribes now ask you not to hike.

Similarly, places around the base are now off limits. Some 30 years ago, it was a bit of a camping free-for-all. In 1985, however, that was eliminated and campers were redirected to the newly built Ayers Rock Resort 10 kilometers away (though some camping can still be done in designated areas). The restaurants at the resort serve Emu, Kangaroo, and Crocodile. I recommend the "bush tucker, hold the witchity grubs" (they'll know what you're talking about). After visiting Ayers, it was back to Brisbane to prepare for our upcoming Outback Adventure. 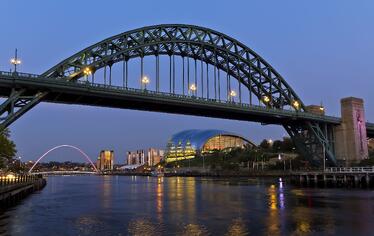 We spent a few more days than expected, which gave us time to see the city. We were able to wander through the botanical gardens and got out on the river on the CityCat Ferry. Several bridges cross the river, the most famous and attractive being the Story Bridge. There are some great places to eat fresh seafood, and some elegant Bed and Breakfasts that might need our attention next time. Now we're off to the West, and very much looking forward to our "walk about" in Australia's famous Outback. Cheers!

A GP from Alaska, USA, Dr. Steve Vilter is an avid biker, boater and one terrific correspondent. He and his wife have extended their locum tenens stay, apparently to do a walkabout, eat fresh seafood and try some B&Bs. Keep coming back for further installments from the good doctor. Or better yet, subscribe to this blog and get weekly updates sent right to your inbox.