There's an opportunity in every difficulty, says Dr. Francina Hoffman 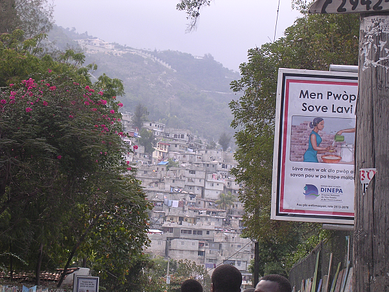 It's been said that in the middle of difficulty lies opportunity. Nothing could be closer to the truth when you consider the recent difficulties suffered by the citizens of Haiti. Reports from doctors who have given their time and talents to assist those in need have described their experiences as both, "heart-wrenching." and "altogether fulfilling." 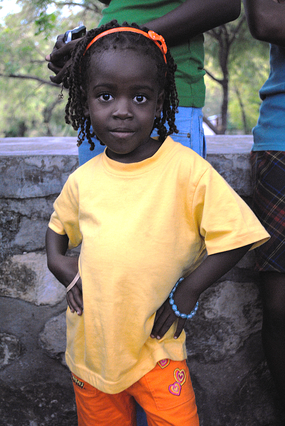 One of our own doctors, Dr. Francina Hoffman, a Family and Emergency Medicine physician, had the opportunity to lend a hand in the recovery effort just a few weeks ago. The experience she shared with Global Medical has helped to remind us why we do what we do.

"My experience in Haiti has been amazing," Dr. Hoffman says. "As I have worked these many weeks I have had cause to pause and watch as people from all nations have come together and worked for a common purpose."

Many countries have responded with humanitarian aid in Haiti. Dr. Hoffman represents one of several American doctors who traveled to the epicenter of the quake to lend assistance. Among the sick and injured she began to notice something altogether different happening.

"Middle Eastern men and women from warring countries are working together to build shelters and provide water to those in need. Here there are no politics; all differences have been set aside. I've seen nurses in malnutrition tents outside hospitals mixing medications that have labels from several different countries and have watched as they've administered them to each baby. The coming together of countries is literally happening right before my eyes." 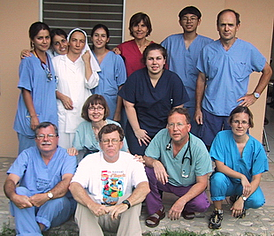 Groups of "extreme teams" were formed in an effort to search out and provide aid for people in the mountainous regions and farther up the river systems. Dr. Hoffman recalls being a member of an extreme team made up of a nurse from Kenya and another from Canada. "Other teams were equally as multi-national," she says.

Through difficulty, rescuers were able to find opportunity. "We are all putting our hearts and souls into the effort of bringing tremendous enthusiasm and skill to the task at hand every day. Men and women giving to themselves and others more than what was asked of them and probably more than we each knew we had in ourselves to give."

While the United Nations, along with the United States formulized and coordinated the relief efforts it was the willingness of those on the ground, working together, that really brought relief to Haiti. Dr. Hoffman describes, "A united nations among the aid workers in Haiti," that contributed to much of the success they witnessed.

We commend Dr. Hoffman and her efforts to provide relief in a devastated country. The dedication to her profession and the willingness she has displayed in helping those in need has caused us to pause and watch what we do. We strive to provide underserviced areas throughout the world with the medical attention they need. We are, as Dr. Hoffman says, "Blessed to be able to participate in this community."