From fishing for fluke and flounder, to skiing all 44 of the state's mountain resorts, there's much more to the great Empire state than the Big Apple—and we thought of seven things that may surprise you. 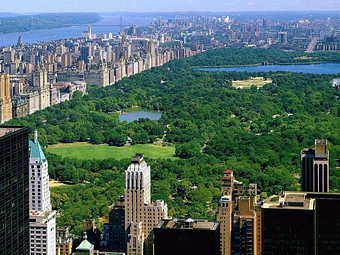 1. Breathing in the Big Green Apple:
New York City is one of the Top 10 Greenest American Cities. Surprised? The city’s public transportation system is used by 80% of its residents and that gives it huge bragging rights. New Yorkers also use fewer resources and put less pressure on their surroundings than any other city of its size. In fact, New Yorkers today burn gasoline at the rate the US did in the 1920s! Add the 843 amazing acres of Central Park (which was considered a folly of epic proportions when the muddy swamp land was set aside) and there's a lot of green to boast about.

2. Noshing on hot dogs dished up in a pagoda: Just 40 minutes north of Manhattan in Mamaroneck, you'll find Walter's Hot Dog Stand and the famous "split" wieners created by Walter (Warrington) himself. The building, a Chinese-style pagoda, has been around since 1919 and is now a US national landmark. Locals claim the taste of a Walter's wiener is worth the wait to stand “on line”. 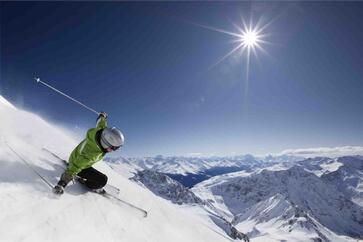 3. Skiing the state's 44 ski areas:
Yes 44—more than any other US state. Yet somehow NY only manages to attract a sliver of the skiiers who head to mountains elsewhere. Why? Hear "New York" and most people think skyscrapers and yellow cabs, or they think the snow is too hard, the cold is too brittle, and the mountains are unranked. Well, think again.

Gore Mountain Ski Resort in the Adirondack Park Preserve outside of Lake George has great terrain with 88 trails (especially glades), eight snowshoeing and cross-country skiing trails and 2,300 vertical feet. There’s also Whiteface, just outside Lake Placid, which is run by the Olympic Regional Development Authority of New York. You'll actually find Olympians skiing here and an enchanting village that looks like a scene from White Christmas. There are 42 other mountains you can explore at I Ski NY. 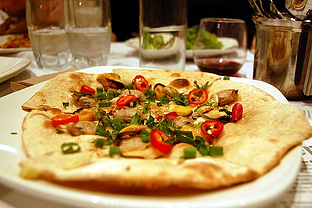 4. Eating pizza by the slice or by the pie with clams (still in the shell): NYC has taken pizza to another stratosphere. The flashiest restaurateurs want in, as do classically trained chefs. Many people swear by Lucali's in Brooklyn and still others say the pizza crown goes to Famous Joes NYC slice. GQ food writer Alan Richman agrees. His list of the top 25 pies in America included Lucali's and Totonno's, both in Brooklyn, Tarry Lodge in Port Chester (where you'll find a clam pie) and, naturally, Famous Joes. 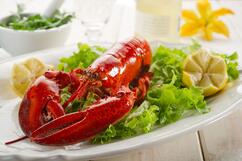 5. Fishing for fresh fluke and flounder: City Island, a historic seaport city within the borders of the NYC metropolis, is a true working fishing village that offers ample opportunities for professionals and amateurs alike to fish for fluke, flounder, striped bass and bluefish. Reel 'em in yourself or eat someone else's catch at Lobster House, where you can drive up or dock your boat to eat. City Island is truly a fisherman-and-seafood-lovers' paradise.

6. Setting sail on the oldest US oyster sloop: All aboard the Christeen, a beautifully restored 40-foot gaff-rigged oyster sloop built locally in 1883. You'll voyage across Oyster Bay (nestled in the heart of Long Island's Gold Coast) and enjoy a fresh air picnic—all while the volunteer crew serves up rich and humorous local lore. Still a busy commercial oyster fishery, Oyster Bay is a must-see spot, and the Christeen is a must-do adventure. 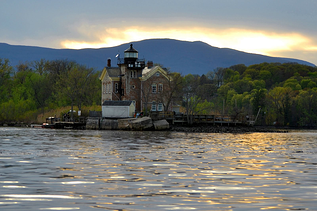 eper fantasy: Fall asleep to the sounds of the Hudson at the Saugerties Lighthouse Bed & Breakfast and be a lighthouse keeper for a day. Originally built in 1869, the lighthouse has been restored to accommodate an unusual bed and breakfast where guests share a kitchen and a bathroom. There's even a real lighthouse keeper named Patrick Landewe (maybe you can elbow him out).