Locum Doctor Down Under: On kayaks, clams, kitsch and being first to ring in the New Year

Posted by Saralynn White
We hope the New Year finds you all happy and healthy! 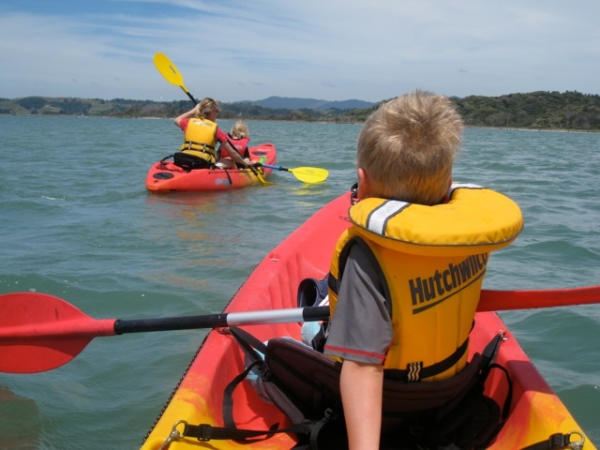 My niece, Sabine, and her boys, Jacob and Johannes, were able to make the trip from Austria to New Zealand for the holidays. We met in Auckland and spent Christmas on The Bay of Plenty in a beach town called Ohope. Befitting sun and warmth not yet available in Southland, we took to the water in boats in the protected waters of Ohiwa Harbour. Most kayaking up north is of the sit-on-top variety, which always leaves me feeling as though I haven't really gotten in the boat. And those darn sit-on-tops seem even tippier in 50 km/hr winds and one metre seas. 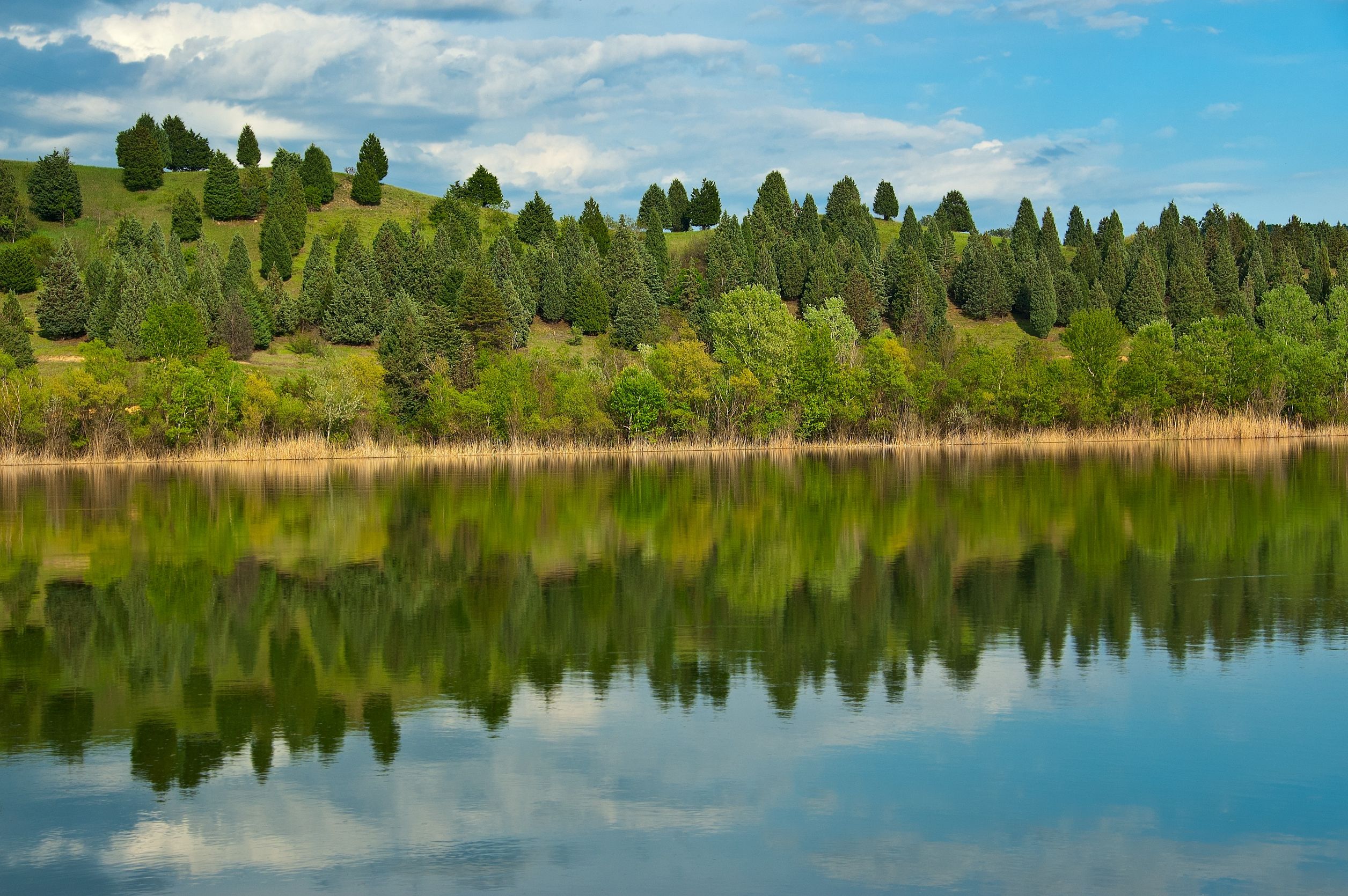 While the rest of the family went out to swim with the dolphins, I spent the afternoon kayaking around Whale Island, a nature reserve 9 km offshore where we are not allowed to land. The trip was supported by a boat standing off in the distance. Lance, who skippered and owned Breaksea Girl, later serenaded us with his guitar while a campfire ushered in the New Year. Our position on the International Date Line meant we were the first on the planet to see it. 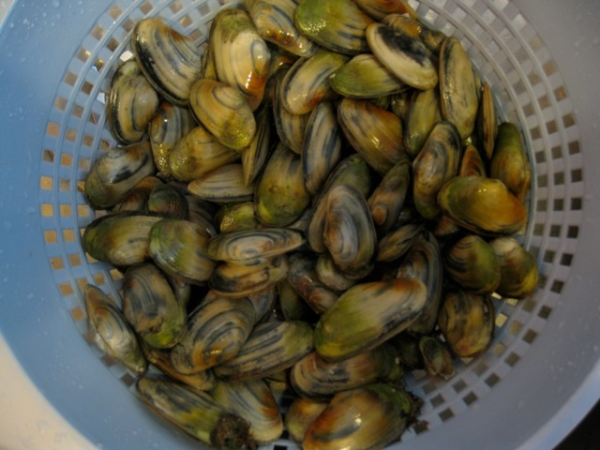 Ray, our landlord for the week, provided us with some pipis - small clams from the harbor that do not take up sand and so are ready for eating immediately without purging. My they were fresh and tasty! But it was a first for the kids. Johannes contemplated the first raw oyster on-the-half-shell of his life; Jacob seemed to enjoy it the most, though neither of them had a second 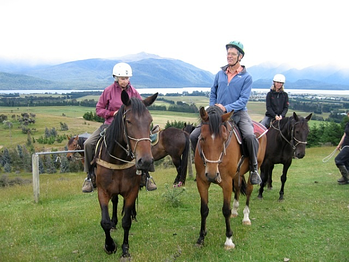 The New Year found us closer to home in Manapouri, a town 25 km from the way more popular Te Anau. These towns sit at the eastern edge of the Southern Alps and remind me of Jackson Hole [Wyoming], though wetter. The thinnest covering of green holds the place together. And what could be better in big sky country than a horse ride? The saddles here are English style - no horn to hang onto! And our mounts (Lippy and Ollie) were skittish of the 50 kph wind, so it was a rather more active ride than we expected - and came with the expected soreness that set in two days later! 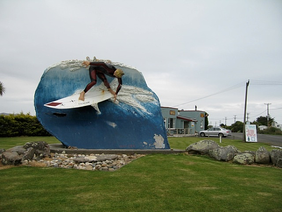 We took the long way home from Manapouri. Having grown up 2 miles from Route 66, I have a soft spot in my heart for kitsch of the oversized variety, be it dinosaurs, tipis, ice cream cones or giant mosquitoes, so this surfing treasure on Colac Bay was a pleasant ending to our trip.
Best to you and yours,
Dr. Steve Vilter and family
Dr. Steven Vilter, a GP from Alaska, USA, is an avid biker, boater and one terrific correspondent. He and his wife have extended their locum tenens stay in New Zealand in order (among other things) to have access to the Southern Alps for the Summer.