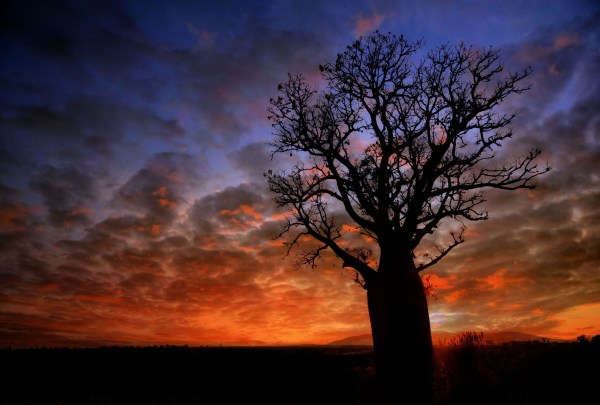 Welcome to the weird and wonderful world of the boab tree. With its bulbous trunk and spider web-like branches, boab trees are a dark an otherworldly sight. Also called bottle trees, Aussies simply refer to them as “boabs” and you’ll see a lot of these gnarled beasts Down Under.

So how did the boab get to Australia? There are two theories. One says the seeds floated there from Africa; the other suggests boab trees may well have survived 65 million years since ancient Gondwana—when Africa and Australia were one continent. 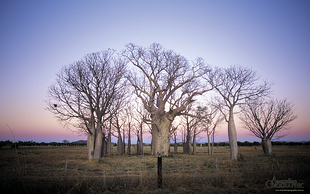 A species once found only in the Republic of Madagascar and Africa, boabs somehow made their way to Oz—to the Kimberley region of Western Australia and the Victoria River area of the Northern Territory. Although they grow just 15 meters/50 feet (not exceptionally tall compared to some trees), boabs live mostly among low-growing bush plants, so in their habitat they are behemoths. Boabs are a very slow growing tree, too, yet some trees are about 1500 years old. That means boabs are among the oldest living things on earth.

oab is truly a sight to behold. Its voluminous trunk often grows with two or three intertwined. No two of these conspicuous trees are alike, either. Indigenous Aboriginal people have used the giants as landmarks and meeting places for centuries; they've also used boabs for shelter, food and medicine, while white settlers used the boabs as impromptu prison cells. Yes, with its immense hollow trunk, the tree made for a convenient police lock-up. The now-famous Prison Boab outside of Derby is a popular tourist spot. 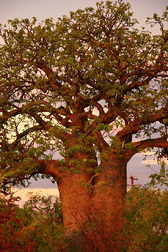 Speaking of lock-ups, don't mess with boabs in the wild—they're a protected species and you're not allowed to gather even the seeds. However, the trees are now grown commercially in Kimberley, where the boab is an icon. Sold as a gourmet food, the nuts and leaves don’t get all the attention, it’s the roots that are fodder for foodies (although we hear the young leaves make a nice salad). Visitors should try Paddy's Market in Kununurra on Saturday mornings during the dry season (April to September), where growers offer free "tasters" and sell all kinds of boab delicacies. Then there's Peter Fox and Denise Hales of Boabs in the Kimberley, who wrote a recipe book and sell boab products. They even the sell 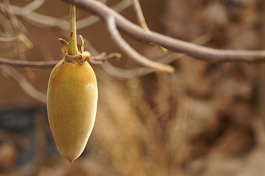 the trees! Sadly, they don't export to the U.S. (we're waiting for one of our locum doctors to bring some pickled boab or dark chocolate boab fudge back). Thanks to the world wide web, you can do a little boab shopping now.