So long "Lower 48" and thanks for all the traffic jams

Alaska’s unique. It’s also intimidating, eclectic, striking, gorgeous and awesome (in the truest sense of the word). And not solely for its landscape—for its people, too. I’m sure it’s because of the spoils travelers come and locals stay. You’ll find all stripes here. Drifters, dreamers and pioneers populate this wild unknown. Why? They’ve been drawn to these shores where nature and culture are inextricable. They’ve found miles of labyrinthine forest and tundra; golden towns filled with onion-domed churches; groves marked with totem poles; and swells of wildlife dancing around boomtown architecture. Imagine…all that’s just a taste of this vast expanse. Actually, to be exact, that’s just a taste of some 663,268 square miles. Jump-start your locum tenens adventure in the Last Frontier with this region-by-region, life-list-worthy guide.

If you want to truly go north, go to Barrow. It’s at the very height of the US, and it’s worth the trek. Locals and tourists love this place for many reasons—the open space, the fresh air, the revealing land and sky. Thousands of nameless lakes, rivers and streams punctuate this flatland; a land that strays unabashedly for about…ever. And a near-infinite horizon softly crashes against the Chukchi Sea just north. 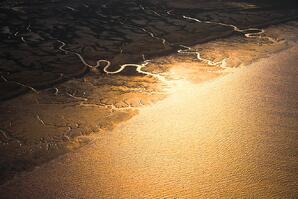 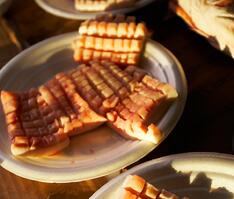 Come see the midnight sun (which doesn’t set from May to early August); stand at the top of the world at Point Barrow; learn the ways of the largest Inupiat community in Alaska at their Heritage Center; sight polar bears and snowy owls on a tundra tour; witness the most magnificent showing of the northern lights; or dine on muktuk (whale blubber which is boiled, pickled or eaten raw with hot mustard) at the Nalukataq Festival. Whatever you come for, you’ll leave with plenty of bragging rights.

Roughly the size of Vermont, Denali National Park is impressive. Or at least I’m impressed. How could you not be? Welcome to a six-million acre wild land located 120 miles south of Fairbanks. There’s one single artery of a road that runs through this park. It provides access to trails which provides access to lakes, too-tall mountains and teeming wildlife. Most come to see the continent’s highest peak, Denali (AKA Mount McKinley). Others come to spot the “Big Five”: moose, caribou, Dall sheep, grizzlies and wolves. Still others come simply to experience that big, bright diamond canopy. I’m talking about the starry sky, of course; it’s something else in Denali National Park. 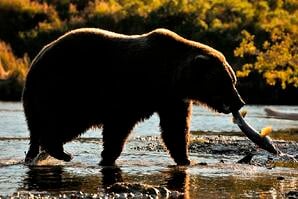 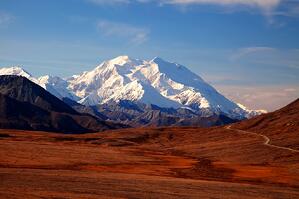 The best way to get here depends on where you’re coming from. My recommendation, whether it’s from Fairbanks or Anchorage, take the train. Without a doubt, the most unimaginable views will invade your thoughts for life.

15 fire-capped mountains and about 2,000 protected brown bears embody Katmai National Park. Sure, there’s tons of wildlife and trees and hills and prairies here but if you’re going to bottle these boundaries up in one sentence then read above.

Over a century ago a volcano—Novarupta—erupted here with a force ten times stronger than that of Mount St. Helens' 1980 blast. It sparked worldwide attention. In fact, it sparked the creation of the park. Ash and smoke filled the sky. Temperatures cooled. And suddenly day became night for Kodiak Island off Southwest Alaskan shores. 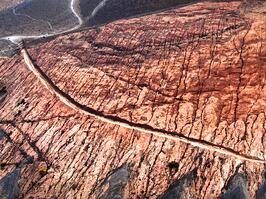 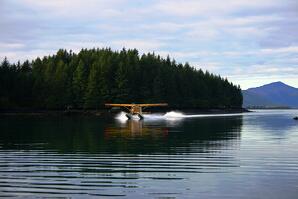 You’d think there’d still be nothing but scorched land here. Instead the earth is verdant as ever, glass rivers flow, and sapphire lakes make polka-dotted patterns from a birds-eye view. Come hike or kayak. Fish or sightsee. Or relax in a rustic lodge while the world of Katmai revolves around you. Perhaps one remnant most noticeable from the 1912 eruption is the Valley of Ten Thousand Smokes. It’s almost if the earth decided to rip itself apart then—in mid-apocalypse—changed its mind. Part of the adventure is getting here: go by jet, floatplane or boat. Here’s how.

Kenai Fjords National Park is somewhere you shouldn’t pass up. I know what you’re thinking. This is the third national park I’ve mentioned. No, I’m not taking you on a national-park only tour. It’s just that all of Alaska is polished with glaciers, mountains and forests so brilliant there was nothing else to do but bestow national park status on most of it.

Ever see a picture of a lone kayaker with her color-splashed steed set against the backdrop of a massive, bleached glacier? It was probably taken here. I imagine this is what most people think when they dream of Alaska. Bald eagles swoop and hunt. Mountain goats climb. Coyotes skulk. Black bears dominate. Killer whales breach. And a load of other marine mammals sunbathe on ice sheets then plunge the depths for food. That’s only naming a few. Some noteworthy things to do: hike the Harding Icefield Trail, kayak Resurrection Bay, take a ranger-led walk around Exit Glacier, or experience a full-day marine tour of the park. 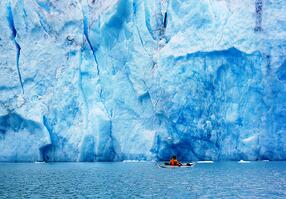 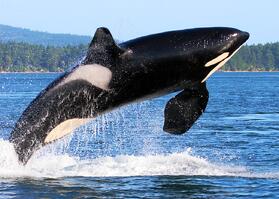 This portion of Alaska is bountiful. It wasn’t an easy task to share only one place here. I mean, when you’ve got Ketchikan with its waterfront cafes and mist-filled fjords; Sitka with its Russian architecture and unbelievable views of Mount Edgecumbe; and Wrangell with the wild Stikine River and Chief Shakes Island (a totem-pole-filled beauty of an islet), how do you decide?

I came to a conclusion…Juneau. It has a few things going for it. By mere dint of being the capital, it’s travel-worthy. It has awe-inducing scenery, surprisingly interesting city tours of museums and historic sites, and precedent-setting seafood. Perhaps the most important of all, it’s the gateway to so many expeditions. Like 96-mile-long Admiralty Island where wildlife is packed shoulder to shoulder. (Strange, not a lot of people think of island getaways when they think of the Last Frontier.) 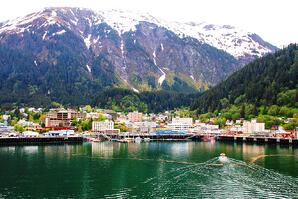 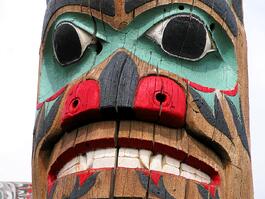 Juneau may not have a drive-in theater but it’s got something even better, a drive-in ice floe. 13 miles from downtown is Mendenhall Glacier. Arrive by your own car or by tour bus. Actually, take the latter. It's best you’re not at the wheel when your jaw inevitably hits the floor. Go to famous Glacier Bay National Park while you’re here, too. Like most of Alaska’s parks, you’ll be flying or boating in.

THIS LAST FRONTIER, THIS GREAT LAND, THIS REBELLIOUS MASS SO DIFFERENT FROM THE “LOWER 48” HAS A MYRIAD OF ADVENTURES...

Many travelers come yet so many don’t know the best ones to take. Most don’t even know the best mode of transportation. How do you choose between car, floatplane, snowmobile (“snow machine” as Alaskans call them), four-wheeler or foot? The truth is some journeys you just don’t—because some journeys might require all. One thing is certain: this place is epic and no one stretch of it supersedes the other. So soak it in. Everything. From the Far North down to the Inside Passage, Alaska is a dream of a state where skyscraping peaks meet wild rainforests and an orb-stretching sky swallows you whole. 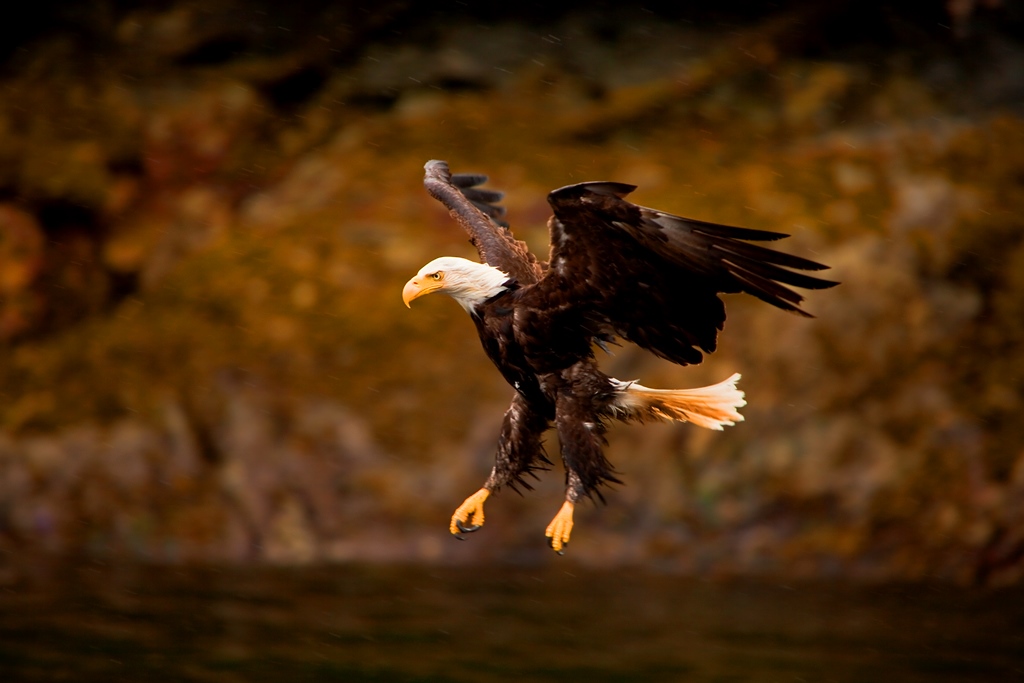 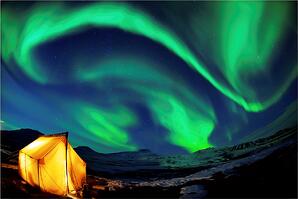 Combine your penchant for adventure with your love for medicine. We have positions all over Alaska that give you the chance to share your medical expertise with salt-of-the-earth communities all while you partake in all—or at least some—of the above. Take a look at our growing locum tenens opportunities for physicians in the Last Frontier.