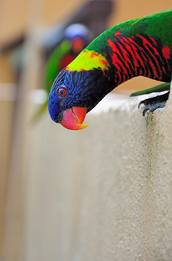 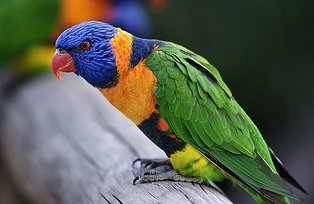 This year, animal experts are preparing to rescue and care for hundreds of “pissed” birds, who are given sweetened porridge and fresh fruit—the avian version of hangover food. Wildcare Inc. NT and The Ark, Inc. are both non-profit wildlife care and rescue organizations that work to assist the wayward birds every year.

Oh, and if you aren’t already familiar with the lovely lorikeet don’t let their strange annual drinking binge stop you from being a fan. The birds are beloved throughout the country and make “one heckuva lovely racket” that Aussies are accustomed to hearing every morning. Check out the video of some lorikeets enjoying some nectar
(and getting drunk) in this mate’s neighborhood tree: