Put Wanaka at the top of your Wanderlist

On the sunny southern shores of a crystal-clear lake that laps at the feet of Mount Aspiring sits a tiny town (population 5,000) called Wanaka. Surrounded by the Crown Range and New Zealand’s Southern Alps, Wanaka is the gateway to the spectacular Mount Aspiring National Park—and Wanaka’s eponymous lake is said to be the most tranquil of all of the South Island lakes. That said, it seems a bit strange that Outside Magazine just named Lake Wanaka the “best new adventure hub”. Alas, it’s true. 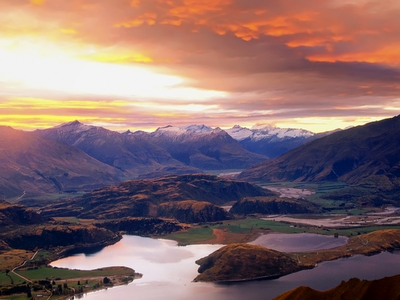 es the New Zealand experience: a relaxing, laid-back atmosphere combined with adrenaline-filled activities in Lord of the Rings-style scenery. Outside Magazine writes, “When tourists in New Zealand want adventure, they go to Queenstown. When Kiwis want to escape, they head an hour north to tiny Lake Wanaka. In fact, Lake Wanaka is emerging as the country’s Jackson, Wyoming.” The town is sprinkled with historic hotels, restaurants, cafes and pubs (like Wanaka Beerworks, where you’ll find Brewski and Tall Black on tap). 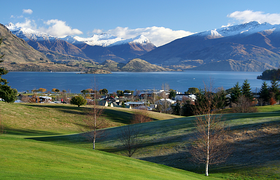 a area also has some world-class canyons that the rest of the world hasn't discovered yet. Take a guided descent into a canyon or head out for some rock-climbing, and then hit the lake for yachting, kayaking, sailing, and wonderful water fun. Fishing is popular in the ever-changing Matukituki River. Watched over by Avalanche Glacier and the peaks of Mount Aspiring (or Tititea, which means glistening peaks), the Matukituki is one of New Zealand's most pristine rivers. It’s also powerful, so it's perfect for jet boating. Or take a more quiet journey along the braided waters. 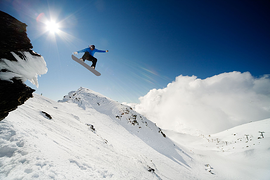 kiers flock here from all over the world. In fact, Wanaka was also just named one of the World’s 25 Best Ski Towns by National Geographic, who says Wanaka is "Best for: Skiing and snowboarding addicts from the Northern Hemisphere who just can’t let go when winter slips away.” The closest and best ski field is Treble Cone. "In typical New Zealand style,
the entire ski area is above tree line. It’s also steep, offering intermediates an array of plummeting, groomed runs but limiting the options for beginners.” 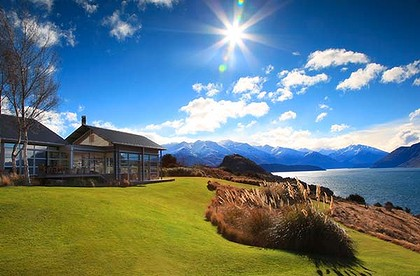 Flight seeing in the region is also popular. Remote landing areas are available in Mount Aspiring National Park for trampers, climbers and hunters. Camp, hit a hostel or stay in the lap of luxury at a lodge like Whare Kea Lodge. Tucked into the glacial snow of the Southern Alps, this steel-and-glass lodge was designed by architect I.M. Pei and the only access is via private helicopter. There are just two rooms in the chalet, but both have sweeping views of Mount Aspiring, the Lucas Glaciers, and Aoraki/ Mount Cook—the highest peak in New Zealand.

Clearly, Lake Wanaka will keep you 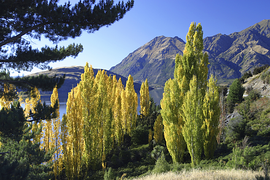 busy for some time, although Queenstown is also nearby. Long heralded as the adventure capital of the Southern Hemisphere, the folks in Queenstown seem to be okay with letting their “Wanaka neighbours” steal some of their thunder. By the way, if you’re heading from Wanaka to Queenstown (or vice versa) the most scenic way to travel is by way of the Crown Range Road—the highest main road in New Zealand. It combines great views and is often accompanied by amusing encounters with kea (mountain parrots). It's bound to be a memorable trip.

Check out some other great Lake Wanaka adventure photos here.