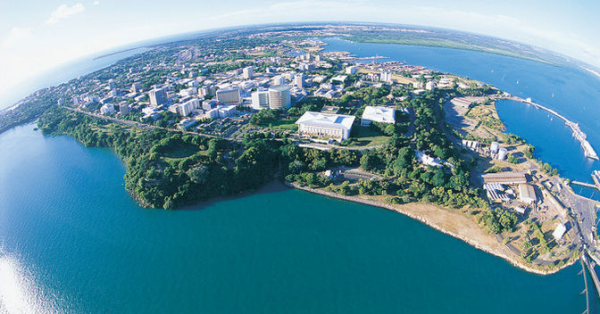 Hello again from the Top End of Australia,

We toured the Darwin Military Museum this past month and learned details of Australia’s role in World War II.
My father, Army Air Force Master Sergeant Joe Starkey, was an aircraft mechanic on various islands in the region (New Guinea, Solomon Islands, and the Philippines) and spent time in Australia. In fact, I still have a 1943 Australian dollar bill he brought home.

If you’re not familiar with the details, on February 19, 1942 Japanese aircraft brought fury down on Darwin. A total of 683 bombs were dropped killing 243 people in the first raid—though to prevent panic spreading throughout the country, authorities at that time played down the number of deaths. It was the first and the largest single attack mounted by a foreign power against Australia. Incidentally, the raid was conducted by the same pilots who had bombed Pearl Harbor less than three months earlier—and they flew from the same aircraft-carrier fleet! Ultimately, 64 raids occurred in the Northern Territory over the next three years, prompting ain influx of some 250,000 military personal from Australia, Great Britain, Canada and the USA to the region. The USS Peary destroyer became a watery grave for 91 brave US sailors who died during the attack; the sunken ship remains in Darwin.

Tragically, the city of Darwin was destroyed again in 1974—on Christmas Eve no less—when Cyclone Tracy came ashore. Now rebuilt, it is the most modern city in the country and has a young, growing population of about 120,000. The city itself is built on a low bluff overlooking the harbor, and the region (like the rest of the Top End) has a tropical climate with a wet and a dry season. We finally had our worst bout of rain with 4 inches falling in 8 hours, so our grand total for January was 20 inches. This made for wild wave action in front of our home when the tides were their highest. Molly caught a shot of a bloke who didn’t seem to be bothered by tidal waters as he fished!

This month, Molly also checked off two big items on her “bucket list”: she climbed the largest steel span bridge in the world over Sydney Harbor, “The Hanger” (it’s affectionately called that because it looks like a clothes hanger), and she took a two-day railroad journey on the famed “Ghan” train. She rode in the Kangaroo Red class with a backpack from Adelaide to Katherine

We both enjoyed a coastal weekend fishing trip with new friends, including a sand dunes cruise in an open-air utility truck. We didn’t catch any fish, but we did see a magnificent sunset. I was completely enthralled by the "mudskippers" living on the mangrove and in water. These amphibious fish use their fins to move around in a series of skips—up to two feet into the air! Unbelievably, they breathe through their skin, which must remain moist. They pretty much blend right in here!


We are loving th

e hot, humid experience at the Top End of Australia and have met so many wonderful people. We’re heading home soon, it's not the end of our locum tenens adventures - not by a long shot. 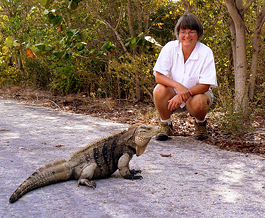 
Dr. Kathy Starkey, an OB/GYN, and her partner, Molly Evans, have chosen locum tenens as a permanent lifestyle (they're currently on their seventh assignment). Their adventures have taken them to New Zealand's North and South Islands, the Cayman Islands, Western Australia, the Australian island state of Tasmania and now the Top End of Australia.