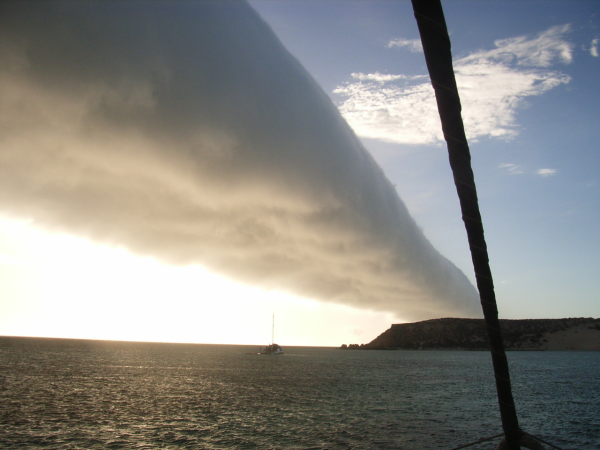 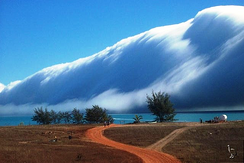 Believe it or not, this is not a contrail. The local Garrawa Aboriginal people call it kangólgi. Scientists call it a stratocumulus cloud. The world calls it a roll cloud. Australians call it the Morning Glory. And we call it simply amazing.

The Morning Glory phenomenon was first reported by Royal Australian Air Force in 1942 and teams of scientists have studied them since the early 1970’s. But these unusual cloud formations have been observed in the Land of Oz since ancient times.

The low-lying tube-shaped clouds appear to roll through the sky on a horizontal axis—like a baker’s rolling pin—and they’re one of the most extraordinary meteorological phenomenon in the world. In fact, these roll clouds are so rare that most people will never see one in their life. There’s one spot on Earth where roll clouds can be predicted and observed on a regular basis and that’s over the Gulf of Carpentaria in Queensland, in a tiny town called Burketown.

With a current population of 235 (its highest to date) Burketown sits on the flat plains of the Gulf near the Albert River. Though it’s really nothing more than a school, a pub, a couple of gas stations and three general stores, Burketown proudly announces to the world that it’s "The Barramundi Capital of Australia". Thanks to “Glory”, it’s also a magnet for scientists, pilots, photographers, and hang gliders. 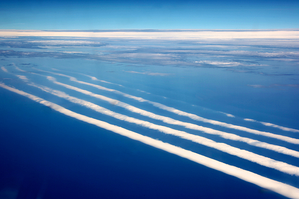 Sometimes there is only one cloud. Sometimes there are up to eight roll clouds in a row! Glory can stretch 1,000 kilometers (just over 621 miles) long and occur at altitudes up to two kilometers high. The unusual cloud appears each spring and can be observed in Burketown from September to mid-November.

What causes these long, strange clouds? No one is sure. Although dynamic waves of this type occur unheralded everywhere and at all altitudes (and are the possible cause of clear air turbulence that frequently disrupts
commercial air travel), the waves are usually
invisible, infrequent and all but unpredictable. 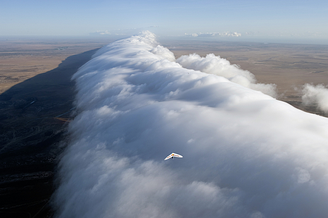 Hang glider Jonny Durand recently became the first athlete to perform aerobatics over Glory. This spectacular event above the remote wilderness of the Gulf of Carpentaria was shot by extreme sports photographer, Mark Watson, who attached a fisheye lens to the hang glider to capture the incredible angle of the formation. Watson says photographing Durand "surfing" Glory was the photographic adventure of a lifetime. He tells all about the adventure in this video. Watch it then check out his images here.