A harness, a helmet & a nappy.... Name 3 things you should take to New Zealand. 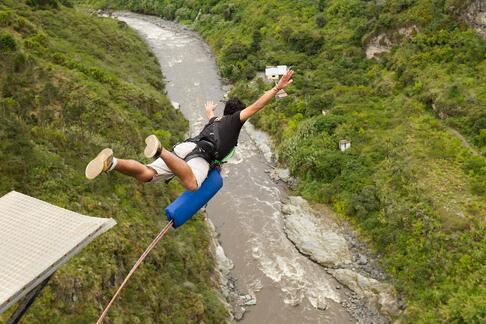 New Zealand travel brochures depict two things: incredible scenery and extreme outdoor adventures. Walk into the airport in say, Queenstown, and the first thing you’ll see are posters and murals of breathtaking panoramas straight from the Lord of the Rings films, then scenes of people who are apparently having near-death experiences. Seriously. You’ll see people falling from great heights with their mouths agape in silent screams; some taking unfettered romps down a steep hillside inside giant, water-filled inflatable balls; and still others the hurling themselves from giant bridges and cranes with nothing but elastic bands strapped to their torsos. 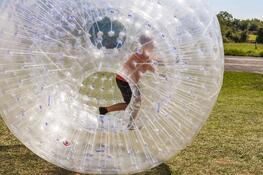 It's true, bungy jumping was invented in New Zealand. Known as the adventure capital of the Southern Hemisphere, the country also originated Zorbing. Then when riding in a plain plastic Zorb became too tame, they added water inside for your trip down the hill. You can still bungy jump from bridges, cranes and more throughout New Zealand. And Zorb. But adrenaline junkies will want to check out a few of these new offerings, too.

River sledging—entails riding a boogie board down river rapids and ends with a drop over a waterfall.

Blokarting—also called sand yachting (and sometimes referred to as “the fastest deck chairs in the south”) it's basically wind surfing on the sand.

But there’s one extreme sport that makes all the others look downright tame: swooping. First-timers are cocooned in a harness that looks like a sleeping bag attached to a rope; it's then hoisted on a crane to a platform about 45 meters or 150 feet in the air. Before victims can change their mind, they're released—sending them swooping toward the ground at 130 kph/80 mph with a G-Force factor of 3 (we bet they’re screaming the whole way down).

Nowadays, there’s extreme swooping or “canopy piloting”—a low-altitude version of skydiving where the goal, they say, is simply to stay alive. Using a smaller, rectangular-shaped parachute, these radical “pilots” jump at just 152 meters/500 feet (verses the usual 396 meters/13,000 feet), plunging toward the ground kamikaze style at 33 km/hr (75 mph) and recovering their canopy just inches above the ground. Only a split-second maneuver—a turn that has them swooping horizontally over water—protects them from brutal impact on earth. Crazy? Maybe not; the sport is actually being considered for future Olympic Games. 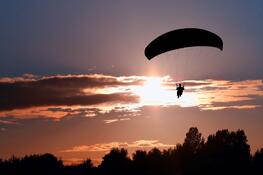 Swoopers say the low-altitude jump (they call it a “huff and puff”)
is less about the dive and more about the landing. Imagine being loaded into a cannon that’s riding on the back of a truck flying down the freeway and you’re suddenly shot out of the canon.
That's swooping.

If you prefer your adventures without the fear factor, New Zealand can naturally be enjoyed with nary a helmet, swing, cord, strap, harness...or adult nappies.